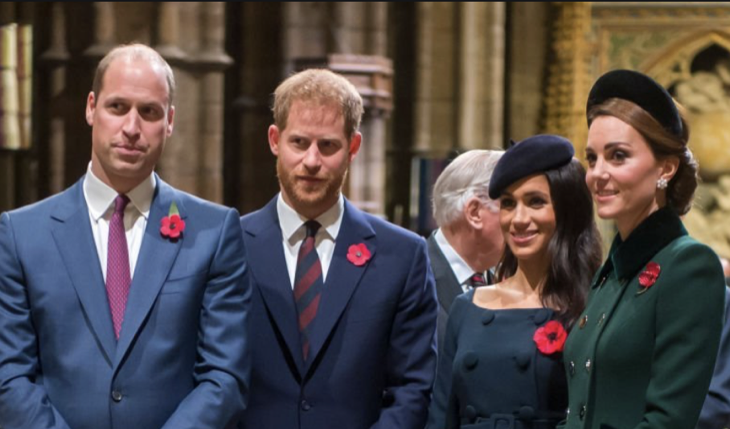 If truth be told, is progressive Princess Margaret the reason that Princes William and Harry were allowed such freedom to bust out of the traditional royal mold?

Many herald the forthright Margaret as leading the royal family down the path of modernity and as such setting the precedent which allowed Prince William and Prince Harry the once-taboo option of marrying commoners. On a side note, doesn’t the word commoners sound so tacky?

Did the princes follow Margaret’s path as a role model?

In May 1960 Princess Margaret married photographer Anthony Armstrong-Jones. He was indubitably a commoner since his parents had no connections to nobility upon his birth. He was the stepson of the Earl of Rosse, but that doesn’t count!

In throwing her lot in with the photog, Margaret is considered the first daughter of a British king to marry an untitled (that word doesn’t sound much better than commoner does it?) person in some four centuries.

And that some claim, set a pattern which enabled her great-nephews Prince William and Prince Harry to marry untitled. Personally, I’d rather be called a muggle than either a commoner or an untitled!

Some have commented on Margaret’s radical move

Royal watcher Victoria Arbiter said in the documentary, Princess Margaret: Rebel without a Crown, “In many ways, Margaret’s marriage was a great leveller. It showed people that, yes, a member of the Royal Family can marry a regular person just like you and me.”

Or, a muggle if you prefer that word.

In April 2011 William married Kate Middleton, whose parents are independent business owners. Today the couple responds to the names Duke and the Duchess of Sussex.

Next, Harry married actress Meghan Markle following in his brother’s, and great-aunt’s, footsteps. Now they can be rightfully called Duke and Duchess of Sussex.

Archie Harrison Will Be A Prince Whether Prince Harry & Meghan Like It Or Not? #princeHarry #MeghanMarkle https://t.co/qGj1zn4Hpf

Princess Margaret was a rebel

Princess Margaret was a trailblazer in other ways as well. Her wedding was the first royal wedding to be televised, and her brother-in-law walked her down the aisle as her father King George VI was deceased.

She also invited artists, politicians, and celebrities among the more traditional titleds and non-commoners which included the Queen of Denmark as well as the Prime Ministers of Canada, Australia, India and Ghana.

Sadly, Margaret and her husband are also known for a more unfortunate milestone as well. They eventually divorced, becoming the first royal couple to do so in over 75 years.