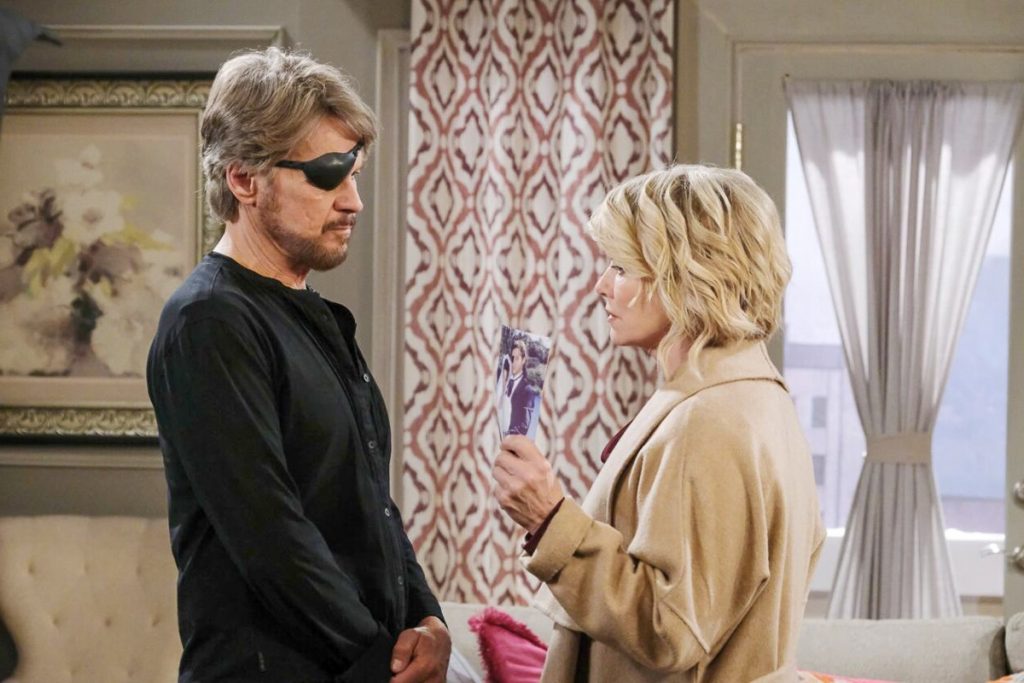 Days of our Lives spoilers tease that a couple of romantics could take matters into their own hands and force Stayla to admit their feelings for each other!

It would take a lot of pushing and pulling to make this happen as right now Patch Johnson (Stephen Nichols) and Kayla Brady (Mary Beth Evans) seem determined to let their epic love slip away.

Luckily, they have a couple of people in their lives who may decide not to let this happen! Will they resort to drastic and possibly illegal action to make Stayla see the light?

Days of our Lives spoilers – Patch is doing the noble thing by letting Kayla go?

Patch is a lot of things but finessed is probably not one of them. Nonetheless, he’s trying his darndest to make Kayla believe that he’s taking the high road and standing aside for her and Justin Kiriakis (Wally Kurth) to marry and enjoy a lifetime of happiness.

Days of Our Lives (DOOL) Spoilers: Gabi and Gwen Go To War – Which One Wins Jake?https://t.co/LfHZ7OFnG1

He isn’t fooling Jack Deveraux (Matthew Ashford) who confronted him today about being a liar. Patch told him he was happy for Kayla and Justin but Jack knows better. The question is, what will he do about it?

Days of our Lives spoilers – Will Kayla actually marry Justin?

For her part, Kayla is insisting to everyone who will listen that she is madly, truly, deeply in love with Justin. The only problem is, Steve is the love of her life and she turned to Justin when she thought he was dead.

Now that Patch is back, she clearly is conflicted about what to do but has thus far chosen to stick with Justin who made a grand gesture by proposing to her.

Days of our Lives spoilers – Can Jennifer and Jack turn back the hands of time?

When Kayla showed Jennifer Steve’s, “I’m happy for you now goodbye,” letter, she had a look on her face that said yeah, right.

She also questioned Kayla about her true feelings.  Jack and Jen have had an adventurous life full of daring and going out on a limb. What are the chances they will fight hard to make their loved ones see the light?

Explosive rumors indicate that they may resort to extreme means, like kidnapping, to make that happen!

Are Stayla about to find themselves locked in a room and not let out until they reunite? Be sure to tune in and find out DOOL fans!