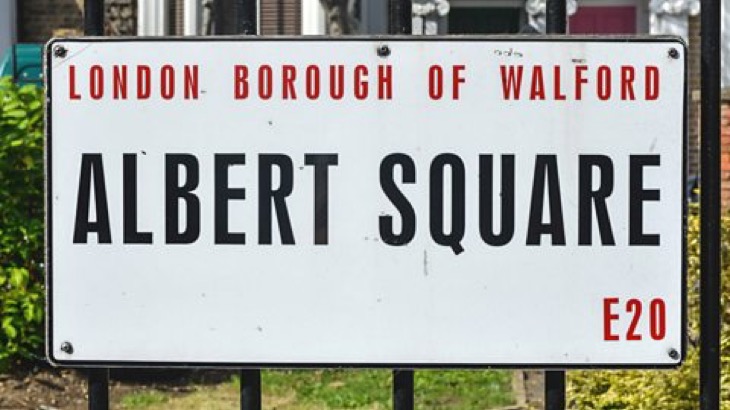 BBC EastEnders spoilers and updates reveal that viewers will not be left high and dry when the BBC show runs out of original content in June.

On Tuesday, June 16 the last new episode of the sudser will air and then a break in new content is expected to last for at least a few weeks. The good news is that the sudser’s cast and crew are planning to pick up production again sometime in the coming weeks.

In mid-March film and television production around the globe came to a screeching halt. The reason was the coronavirus pandemic which has shutdown everyday life in a multitude of ways. EastEnders was no exception, and it along with other UK soaps went on a production hiatus.

As a result, the show limited its weekly episodes to two episodes a week as a way of trying to stretch out the filmed content and have the show remain on the air for as long as possible.

Now comes word that as BBC One will be commemorating the iconic soap with a brand-new series called Secrets From The Square, plus showing classic episodes.

Viewers will see classic episodes from the past on Tuesday nights. Hardcore fans will be pleased to know that the epic explosive reveal of Max Branning (Jake Wood) and Stacey Slater’s (Lacey Turner) affair are on the menu!

The new series, EastEnders: Secrets From The Square, will debut on Monday, June 22 and offers viewers an insider look at the action that takes place behind the scenes.

Stacey Dooley is the host and multiple cast members will share delicious dirt that happened behind the scenes, in addition to giving their take about the experiences they’ve had playing their characters.

#EastEnders Spoilers: Keegan Wants To Leave Walford With Karen – Will He Leave Tiff Behind? https://t.co/MXlvrWhUT7

EastEnders spoilers – Showrunners have an excellent backup strategy in place

Kate Phillips is the Controller of BBC Entertainment and had this to say about the show’s backup plan, “EastEnders has been at the heart of BBC One since its inception 35 years ago. While going off-air was never in their plan, we and the EastEnders team knew straight away that this would be the perfect opportunity to celebrate the show, look back on cherished memories of all those momentous episodes whilst taking a look around Albert Square and they may just give us some teasers as to what’s to come when they return.”