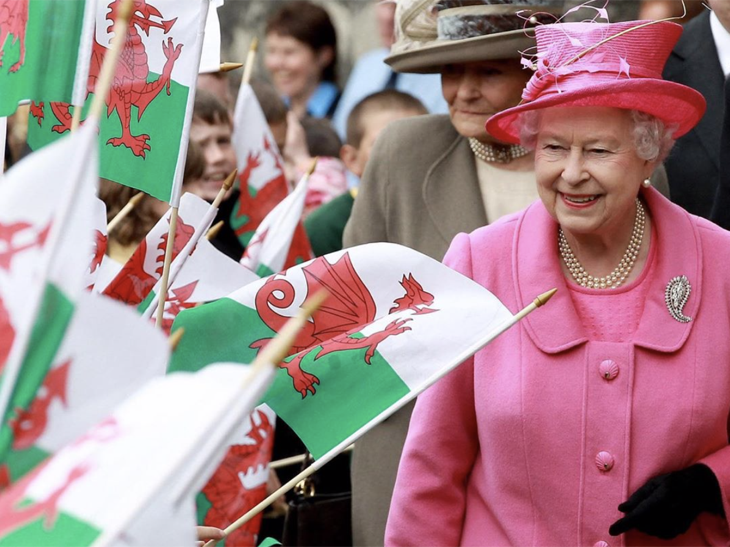 Those close to Queen Elizabeth have said for ages that Her Majesty has a wickedly fun sense of humor. Besides being able to see the funny side of life, she’s reportedly spot-on with a variety of accents.

On one occasion she reportedly stunned her right proper son Prince Charles with a perfect Cockney accent by mimicking a fan in the crowd saying, “Gizza wave Liz!”

The queen does a mean impression of every region

That anecdote comes from Karen Dolby, who wrote about it in her book, The Wicked Wit of the Royal Family. It happened when Her Majesty was driving with Prince Charles to Ascot, and someone in the crowd yelled something. When Charles asked what was said his mother replied, “Gizza wave Liz!” in her best South London accent at the same time waving away at the people.

The Queen doesn’t stop with the Cockney accent, she can also sound out an excellent Scouse accent as well.

Her Liverpudlian dressmaker can also attest to the queen’s gift of mimicry. In 2007 the dressmaker, Angela Kelly, said, “We have a lot of fun together. The Queen has a wicked sense of humour and is a great mimic.” “She can do all accents – including mine.”

But wait, there’s more! Apparently the Queen’s repertoire goes beyond humans to include inanimate objects.

Speaking to the Business Insider, Bishop Michael Mann who is the monarch’s domestic chaplain, once said, “The Queen imitating the Concorde landing is one of the funniest things you could see.”

Her Majesty is renowned for her quick wit and humor

June 2 is a particularly special day for the queen as it marks the anniversary of her coronation.
Prior to this date the queen was serving as reigning monarch for several months but June 2 is when the coronation was held and she officially became Queen.

The Queen ascended the throne at age 25 following the death of father, King George VI who died at the age of 56 of coronary thrombosis.

Interesting That Meghan Markle Waited To Address Unrest And Riotshttps://t.co/7TCu2dqNNh

The queen was in waiting for a lifetime

Believe it or not the planning process for her coronation began when Elizabeth was just 11-years old. In fact her father asked Elizabeth to write up a review of his 1937 coronation in order to better comprehend all the details involved.

According to Vanity Fair Elizabeth wrote, “I thought it all very, very wonderful and I expect the Abbey did too. The arches and the beams at the top were covered in a sort of haze of wonder as Papa was crowned, at least I thought so.”