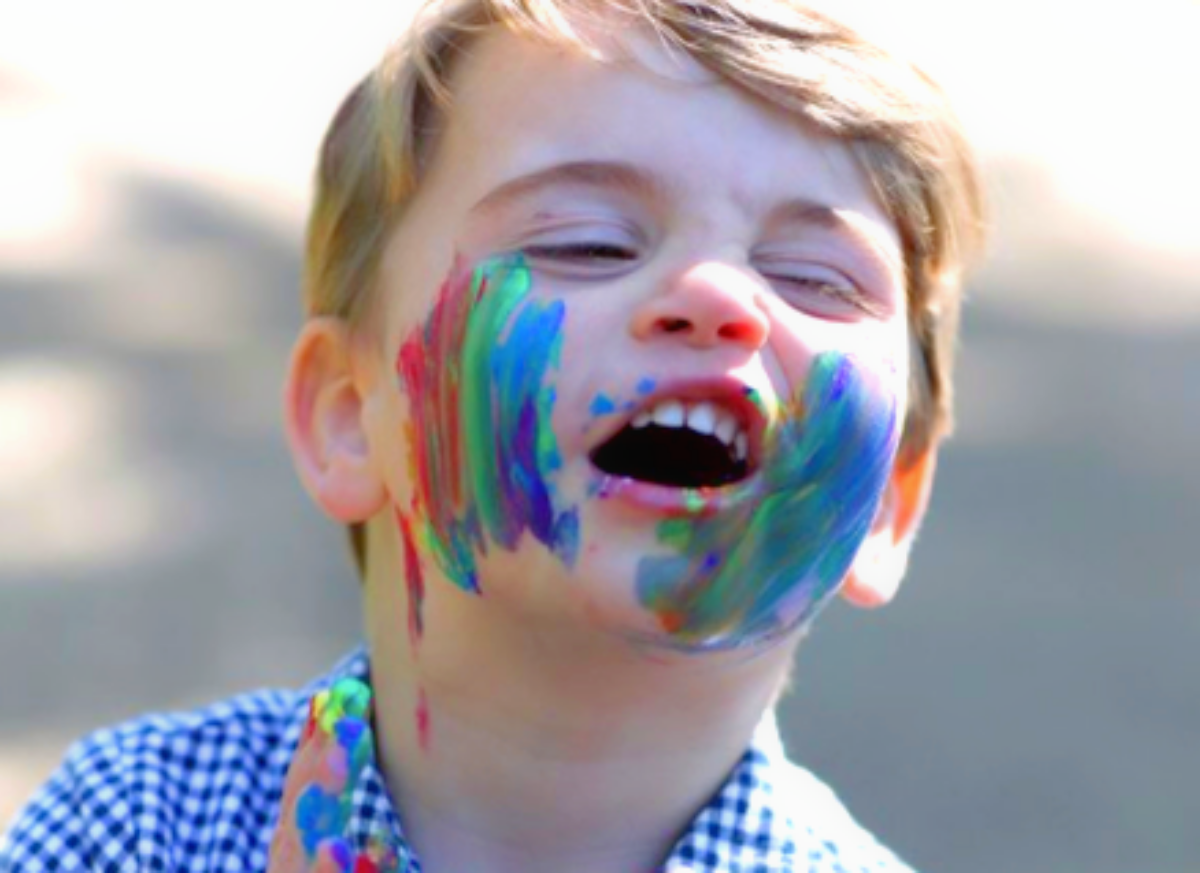 The youngest child of Prince William and Kate Middleton turns two on April 23, and by the looks of it Prince Louis is set to have a smashingly good 2nd birthday.

As parents the world over know, kids grow up way too fast and it seems like just yesterday that little Louis was being christened.

Now that he’s set to mark a milestone birthday his proud parents have released a collection of treasured photos, showing their youngster in all of his young and happy glory.

Louis is pictured in several photos behaving just like any other lively two-year-old. In this series of delightful pics, the young prince is decked out in a blue checked shirt, a broad smile and a ton of paint splashed across his little hands.

The pics were taken at home, Anmer Hall, by his loving mom Kate who no doubt has her hands full with Louis, 6-year old Prince George and 4-year old Princess Charlotte.

The rainbow paints on Louis’ hands have become a symbol of hope and resolve during the coronavirus pandemic. Indeed, Louis will celebrate his birthday like millions of others at this time, in isolation at home.

Isolation has become a necessary precaution as the coronavirus pandemic sweeps across the globe, and all over Europe painted rainbows have become popular as a signal of hope.

According to reports, Louis’ birthday celebrations will be shared via video conference, just as his great grandmother’s, 94-year old Queen Elizabeth, was days ago.

No doubt he will receive well wishes from his grandparents Michael and Carole Middleton, and Prince Charles and his wife Camilla.

As his joyful countenance shows, Prince Louis is full of spunk and energy. In one photo Louis reaches his hands up to the camera, but stops just short of touching, no doubt instructed to behave by his mom!

In another the boy seems as if he wants to touch his colorful paint-smeared hands to his face, but again resists the naughty urge.

Another photo shows a close-up of his tiny hands, painted in shades of red, orange, blue, green and purple.

Lastly, the tot is shown facing the camera, with a mischievous look in his eye and a delighted grin on his young face. Happy Birthday, Louis!

As Prince Louis turns two years old, he shows his support for NHS

General Hospital Spoilers: Alexis Confessed to Perjuring Herself & Falling Off the Wagon – Will She Lose Her Law License?