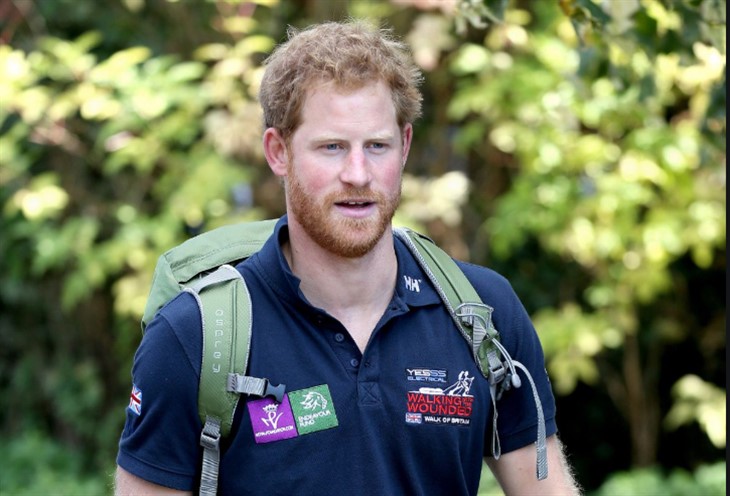 Prince Harry has launched a new venture, a grueling physical challenge for injured veterans, which is described as, “unlike anything they’ve faced before.”

The venture involves a group of ex-military personnel, both men and women, who will walk 400km across Oman, including the Empty Quarter which is the world’s largest sand desert. As they travel, the participants will confront sizzling temperatures. The veterans will have a safety team with them in case of emergencies.

Harry Has A New Charitable Venture Called The Walk Of Oman

All of the participants have previously been wounded while in service to their countries, and aim to bring attention to the support that is needed for them and others like them to adjust back to life

Each day the men and women will travel up to 22km a day in temperatures averaging 35C, while at the same time pulling a cart weighing over 300kg.

Harry said as he launched the challenge, “At the end of this year, a year that has seen unprecedented global challenges, a group of veterans will be tackling a challenge, unlike anything they’ve faced before.”

He went on, “Facing searing temperatures and pulling a cart that weighs more than three times their own body weight, these veterans will need to summon incredible physical and mental strength.”

Royal watchers are well aware that Harry himself spent ten years in the military including serving in Afghanistan.

“I am proud once again to support them,” he added, “and support the veterans whose courage, determination and resilience is a credit to all of us who have served.”

He concluded by wishing the participants good luck and assured them that individuals from around the globe will be cheering them on.

When Will Harry’s New Venture Launch?

The adventure team will take their first steps on November 20 and the entire walk is expected to last three weeks, ending on Oman’s Armed Forces Day.

Princess Beatrice Is Forbidden To Take This One Thing From Prince Andrew #PrincessBeatrice #PrincessAndrew https://t.co/orY25CFuYa

The trek is in partnership with the Omani Armed Forces and is supported by the Royal Office of HM Sultan Haitham bin Tariq. The route that will be used pays homage to the travels of legendary Wilfred Thesiger who crossed the Arabian Peninsula in the 1940s.

According to the charity’s CEO Ed Parker, “The Oman Expedition creates a new challenge and sense of adventure.”