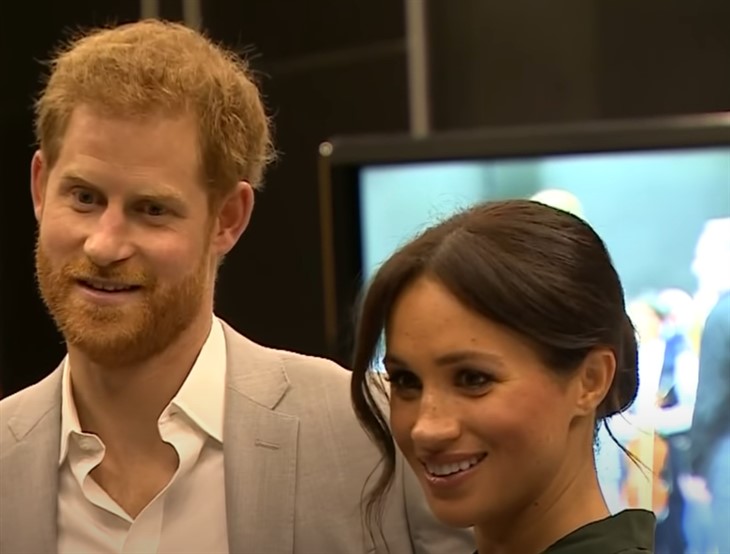 Royal family news reveals despite reports to the contrary, Queen Elizabeth should not set a gold-plated place for Harry and Meghan at the dinner table this Christmas. Last week a source claimed that Harry and Meghan wanted nothing more than to sup with Her Majesty and rip open a present or two on the big day. Now royal watcher Katie Nicholl is throwing a bucket of cold water on that notion.

According to Nicholl’s piece in Vanity Fair, a source close to Just Harry and Me-again spills that the two have no intention of jetting back to the U.K. for the holidays (maybe ever?). It matters not that it will be the second year in a row they have skipped Christmas brunch with his family, nor that little Archie hasn’t seen his relatives in almost a year.

So at least in this regard, Harry and his family are like every other family who must make do with video calls for the holiday season. Making matters worse, there are stunning reports that the queen may be forced to cancel her traditional holiday break at her Sandringham Estate in Norfolk this year.

It is the protocol that the family meets up there each year but of course this year the COVID pandemic has top-ended everything.

Specifically, it has been said that the royal household staff does not want to work in a COVID bubble environment and do shift work around the queen’s schedule. This is because they want to spend time with their own families at Christmas.

Princess Harry And Meghan Markle Reality Show: 4 Reasons Why The Sussexes Should Do One https://t.co/DH4R5VVPjz pic.twitter.com/YbrPvaQfa6

Has Harry Started A New Trend Of Not Wanting To Be At Sandringham At Christmas?

Whatever winds up happening or not at Sandringham it is fairly certain that the Markle’s will not be around to chat up. According to the source who spoke to Nicholl, wherever the family does gather, Harry and his family will not be present.

The source claims that the pair have informed friends that they simply are, “not ready” to take themselves back to the land of Megxit just yet.

“At this stage, they are really enjoying their new life in California and their new home,” says the source. “There are currently no plans for them to return to the U.K. for Christmas.”

The chatty source dropped this bombshell: “Let’s just say that while things are better between Harry and his brother, it’s not what it was, and I don’t think anyone is ready for a cozy family Christmas right now.”