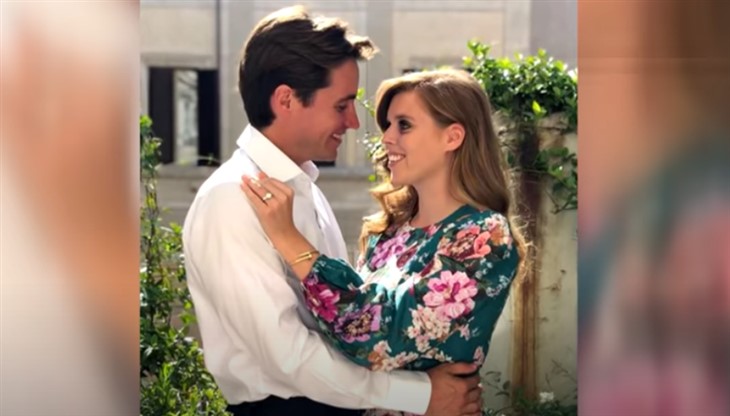 If you like royal collectibles there’s now something new for your collection and it’s a first of its kind. Will this fact make it even more valuable down the road? Time will tell, but you can find this unique souvenir at the Royal Collection Trust’s shop.

It’s a personalized collectible but there is a significant detail that makes it different from its personalized brethren. That’s because the collection of merch released was in honor of Princess Beatrice and Edoardo Mapelli Mozzi’s nuptials and sadly (depending on one’s outlook I suppose), Edoardo did not inherit a title or earldom when he married the Princess of York this summer.

This means that while Beatrice’s monogram on her coffee cup features a coronet above it, the mug for Eduardo does not have a traditional monogram. Instead, his mug has a picture of a bee where the royal symbol would have gone. It was explained that the bee is symbolic of Beatrice’s nickname, Bea.

This means that the collection as a whole has a heretofore unseen twist not done before. Otherwise, the mugs are also decorated with flora from her wedding, including white York roses, lemon blossom and thistles, and a bouquet of pink roses.

Is Eduardo Really Royalty After All?

Edoardo’s father Count Alessandro Mapelli Mozzi has previously said that his son is a count. He told Mail Online that, his son, “is the only male descendent taking the family into the next generation. He is a count – his wife will be a countess automatically and any of their children will be counts or mobile donna.”

Despite this Eduardo’s children with Beatrice will not inherit royal titles even though their mother is a princess. This is because royal titles are passed down through the males of the family.

Beatrice And Eduardo Wed In A Small Ceremony In July

This week Beatrice’s wedding dress went on display at Windsor Castle the same location as her wedding which was postponed from May due to the coronavirus pandemic. Beatrice wore a taffeta, ivory dress designed by Norman Hartnell that was loaned to her by her grandmother, Queen Elizabeth who first wore it in the 1960s.

Her shoes will also go on display, as well as a replica of her bridal bouquet. But don’t expect to see her Queen Mary diamond fringe tiara, a priceless bauble that was also worn by the Queen for her wedding in 1947.

The Bold And The Beautiful Spoilers Next Week: Ridge And Shauna’s Wedding Day Filled With Twists And Bombshells