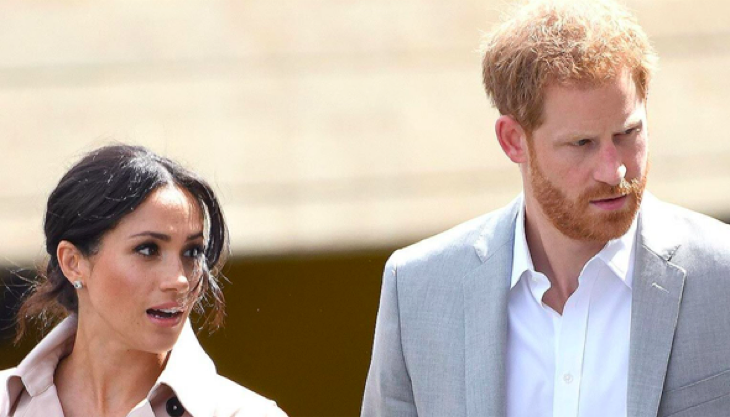 Royal watchers know that Meghan Markle has freaked out in the past over what she perceives as “financial issues.” Specifically, after Queen Elizabeth let Prince Harry and Meghan know in no uncertain terms that they would have to repay the costs of renovating Frogmore Cottage in Windsor, Meghan reportedly was beside herself! (How sad is it that Meghan and Harry have to pay for things like everyone else?) Well, the Queen apparently understands how things appear as well as how the average person might perceive the flaunting of privilege.

Thus, like President Trump after her, the Queen let everyone know that Prince Harry and Meghan had to pay! With that said, Meghan must not have relished the idea that she and Harry’s expenses would have to be carried by her bank account going forward after “Megxit.” As some have reported, Meghan demanded that Prince Harry go out and get a job once they’d stepped down from their royal duties at The Firm.

Of course, Meghan’s demands are easier shouted than met. That’s because Prince Harry doesn’t have any work experience outside of Great Britain’s armed forces. Oh, to be sure, Harry has worked alongside his brother, Prince William in charitable endeavors. However, outside royal “duties” Prince Harry is apparently clueless. Harry has neither a university degree nor a certification from a trade school. Prince Harry’s only advantage, apparently, is his birth. Now, any benefits Harry might have garnered due to his birth have been stripped from him.

Some royal watchers may question the whole thing though. Why should Meghan be worried about finances at this point? Her own worth prior to marrying Prince Harry was around $5 Million. Then, Prince Charles has stated that he’ll help pay at least a portion of security costs for Meghan and Harry. In other words, Harry and Meghan are still being subsidized! Moreover, Prince Harry and Meghan are reportedly looking at homes in the $15 Million range. They cannot be too strapped for cash if that’s truly the case, can they?

Regardless of that, if Meghan can’t be placated, what is the prince to do? How can Harry meet the demands of Meghan Markle? How can Harry prevent himself from devolving in status or relevancy? How Can Prince Harry stop his slide down to the standing of a beta male, househusband? (No judgment and no offense to couples who prefer the husband in such a position, of course.)

Meghan And Harry Are Swimming With The Sharks – Taking Too Many Risks https://t.co/2QchBurBvO pic.twitter.com/fGjtjcmbsS

Well, the answer is that Harry has more than ten years of military experience. Now, in the midst of the Coronavirus pandemic, Britain’s military has given Harry an open invitation to return! While a military officer’s salary cannot compare to that of an American celebrity, it’s more than honorable. (And, it’s something Harry can do with pride.)

The only question at this point is if Meghan meant Harry had to figure out how to bring in the cash to support a movie star lifestyle, or if she meant that she had to see him contribute to the household purse. The two aren’t the same!