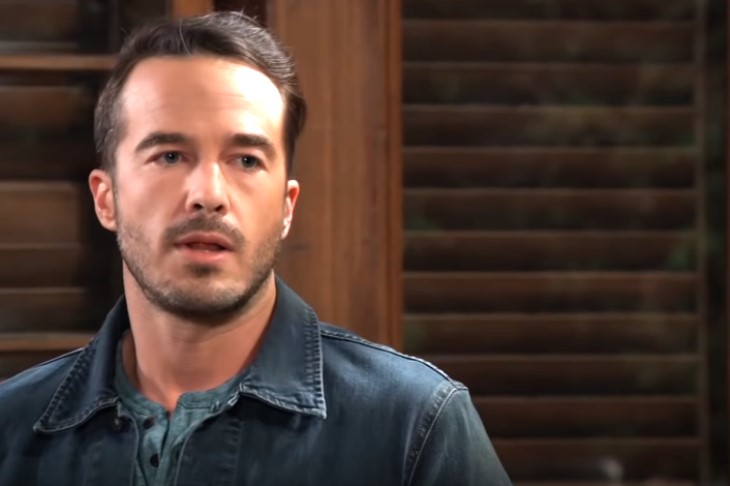 To make matters worse, Brad, his own husband, was in on the deception from the beginning. To say that Lucas isn’t handling it well would be an understatement.

Lucas returned to General Hospital and has asked Alexis Davis (Nancy Lee Grahn) to help expedite his divorce from Brad. But Lucas has been working consecutive 24-hour shifts in order to not think about the betrayal and loss he has suffered. Co-workers like Elizabeth Webber (Rebecca Herbst) and Felix DeBois (Marc Samuel) have noticed how tired and stressed Lucas is, and worry that he will either harm himself or another patient inadvertently if he doesn’t slow down. If he starts to make mistakes or is too tired to drive, something really awful could happen.

GH Spoilers – Felix Duois And Lucas Jones Have A Complicated Past

Both Felix and Lucas have been involved with Brad, and each other at one point or another, so the situation between Lucas and Felix is awkward. But that won’t stop Felix from trying to help Lucas. Felix knows the harder Lucas pushes himself, the more likely Lucas could make a mistake with a patient that could have deadly ramifications. Lucas has suffered enough, and Felix won’t want to see Lucas make things worse for himself.

When Lucas recently snapped at Felix and Elizabeth, Felix noted that it was time to call in reinforcements. Perhaps he is going to organize an intervention of sorts. Lucas needs the support of his loved ones and perhaps together, they can make Lucas see that his life is still in front of him and start living once again. Brook Lynn Quartermaine (Amanda Setton) is one of Lucas’ oldest friends, and if anyone can put a smile on Lucas’ face, it would be her!

GH Spoilers – What Will happen?

Will Felix and Lucas’ friends and family make Lucas see that life still has possibilities. Can Lucas put Wiley and Brad behind him, and start living again? Only time will tell, so stay tuned to General Hospital airing weekdays on ABC. And don’t forget to check back here regularly for all your General Hospital news, information, and spoilers!