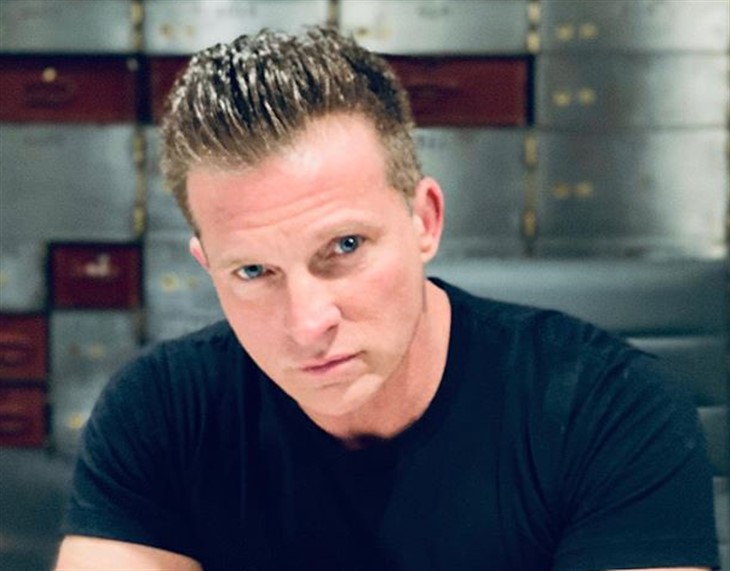 ABC General Hospital spoilers tease that Steve Burton (Jason Morgan) has been upping his fitness game during the show’s hiatus and you will not believe what the heartthrob has transformed into!

If you thought that the handsome and talented star was a tall drink of water before, be sure to sit down before checking out his Insta, because there is a whole other side of Steve on display and you may not believe your eyes when you check out his social media.

In fact, the actor has hit a milestone birthday in lockdown—congrats on turning the big 5-0 Steve! According to the GH hitman, he has been reflecting on his life during the period of time that the show is off the air due to the coronavirus quarantine. At the same time, he has used his time to implement some changes.

And you can see one of these changes for yourself in his Insta post in which he wrote, “Wild hair for wild times! Hope everyone is well. Not ideal times obviously but trying to make lemonade out of lemons. Time to reboot, re-asses, and learn some new skills. Never too late to adapt, grow, and learn something new or set some new goals. Get it done. YOU CAN! #motivationmonday.” 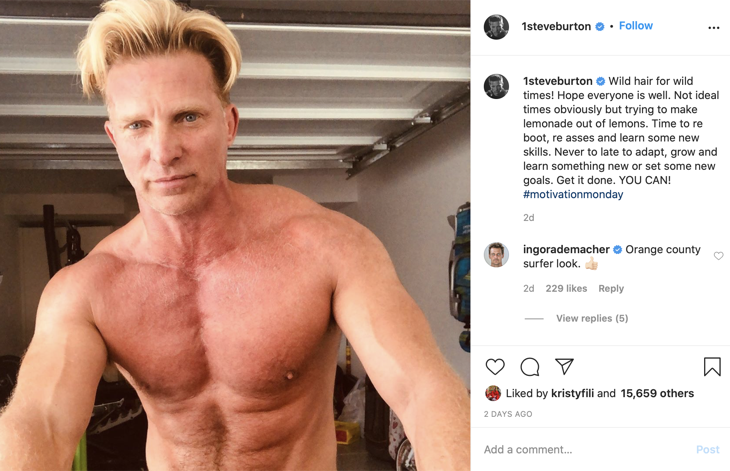 Yes, that really is Steve Burton in the pic accompanying his post! Even though his hair is dyed blond, we would recognize those gorgeous baby blue eyes anywhere!

And we should also mention that Steve’s fitness routine is abs-olutely amazing because his six-pack is phenomenal!

Steve’s fans ate up the post and pic with comments ranging from, “Honestly hair goals and I hope you rock it like this when production starts up again. 👌🏼👌🏼,” to one comparing Steve to “Jeff Spicoli’s brother! Let’s party!”

Another wrote, “Your body ROCKS 😍 Can’t wait for new episodes of GH 😘,” and one couldn’t help but shout, “A HOT GH BABE – I HAD THE SAME HAIR STEVE.”

Will we see Jason Morgan rocking a blond hairdo when the show returns to production, reportedly this month? Anything is possible in Port Charles so be sure to tune in and find out GH fans!

In the meantime take Steve’s advice and follow your goals—he’s a perfect example of what can happen when you do.

‘The Bold And The Beautiful’ Spoilers: Big Changes Coming For Zoe, Ridge, And Steffy When B&B Episodes Return