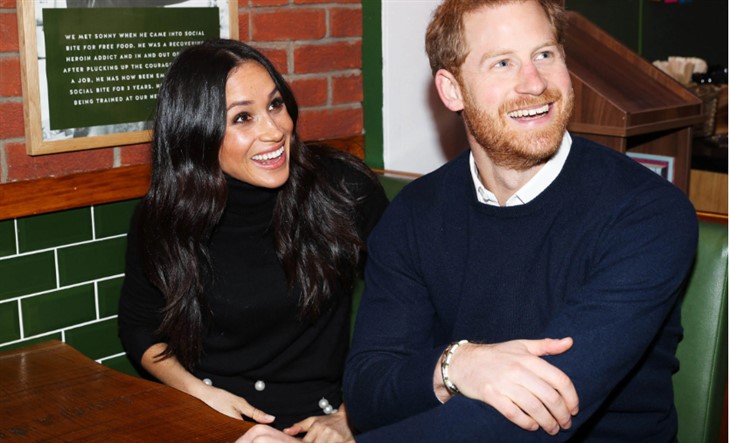 Some fans of the British Royal family are shocked out of their minds. This is because many expected that Prince Harry might come crawling back to Buckingham Palace with his tail between his legs when everything post “Megxit” is reviewed at the end of the year. Of course, no one anticipated the fact that Prince Harry and Meghan Markle would be able to land an incredibly lucrative contract with one of the world’s leading speaking agencies.

For those who don’t know, until now, Prince Harry and Meghan Markle have been leaning heavily on the financial help of Harry’s father, The Prince of Wales. Reportedly, the Duke and Duchess of Sussex siphoned off about 95% of their income from the Duchy of Cornwall, which Prince Charles possesses. Now, however, after signing with the New York-based Harry Walker agency, Prince Harry and Meghan Markle are set to command $1 Million dollars each per speaking engagement.

Indeed, by signing with the Harry Walker agency, Prince Harry and Meghan Markle are finding themselves in the company of other prestigious celebrities such as former president, Barack Obama, his wife Michelle Obama, Bill and Hillary Clinton, and more. The problem here, however, is that many within Royal circles don’t believe that either Prince Harry or Meghan deserve the notoriety, the fame, or the money they’ll soon receive.

According to insiders, Prince Harry will be giving speeches on issues near and dear to his heart such as global warming, the environment, and wildlife conservation. Meghan Markle, for her part, will be speaking on topics like gender equality, racial issues, and social justice. Yet, where are the Duke and Duchess of Sussex’s qualifications?

As many know, Prince Harry holds exactly zero university degrees. He has never held an executive position in any for-profit enterprise, and Prince Harry has never started or run his own business as an entrepreneur. Furthermore, Prince Harry has never worked as a professional in the fields related to the environment or wildlife conservation. In essence, Prince Harry signed with the Harry Walker agency on the fact of his birth into Queen Elizabeth’s family … and that’s it. Some might start to call into question Prince Harry’s “privilege” given these facts.

Then there is Meghan Markle. While Meghan absolutely has light-years more qualifications in some regards than does Prince Harry, holding a bachelor’s degree from Northwestern’s School of Communication, where she double-majored in theater and international studies … she doesn’t have any credentials in the areas of gender equality, social justice, or racial issues.

As well, while it can be argued that Meghan might have had a degree of fame prior to marrying Prince Harry, there is no way she would have been able to sign with the Harry Walker agency based on the strength of her acting portfolio. She too has leveraged her royal status and the good name of Queen Elizabeth to her advantage. Meghan might not have been born to privilege, but she’s sure milking her marriage to Prince Harry for everything she can get.

Did Prince Charles Disapprove Of Meghan Markle Because “There's Only Room For One Queen”?https://t.co/2EzwnvMo2n

For most of America’s history, people have risen to the top through meritocracy and the masses scorned the “birthright’ of European and British monarchies. In light of their rapid rise in fame, financial success, and overall influence, it appears Prince Harry and Meghan Markle have found a way to dismiss merit, scam the American system, and simultaneously bring shame to Buckingham Palace.