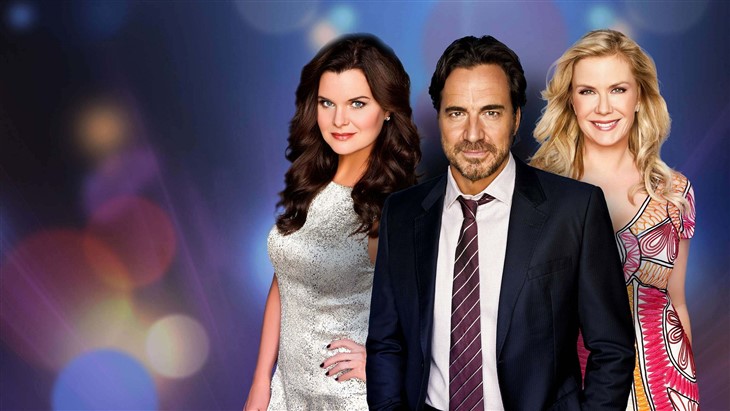 CBS The Bold and the Beautiful are back at work and fans couldn’t be more excited. After three long months of being left on an incredibly frustrating cliffhanger, we are ready to see what happens next. Insiders report that new episodes are planned to be broadcast later this month. That seems like a possibility since the first produced episode has already been completed.

The Bold And The Beautiful Spoilers – Soap Returns To Filming

B&B was the first soap to resume production. As far as we know, it also might be the first scripted TV series to go back to the set. Now, the soap did have to take a brief pause to answer some questions from the health department. Apparently, the lab they were using had a high number of false positives. They resolved the situation by changing labs and submitting paperwork, then went back to work.

Previously, John McCook (Eric Forrester) talked about how strict the safety rules were. While he understands that the challenges serve a good purpose, he is dealing with finding a place to rehearse with Rena Sofer (Quinn Forrester). The actor told Soap Opera Digest last week that rehearsing is 75 percent of his job.

Due to the social distancing measures and other safety guidelines, they can’t rehearse like they used to. So, the cast is coming up with ways to do it without compromising safety.

The Bold And The Beautiful Spoilers – First Produced Episode Completed

The Bold and the Beautiful supervising producer Casey Kasprzyk shared on Twitter that they have actually completed their first produced episode. This is great news and means they have overcome another obstacle. They are one step closer to getting new episodes on our television screens.

According to the newest issue of Soap Opera Digest, insiders tell the magazine that the soap hopes to get new episodes to viewers later this month. While there are a lot of circumstances that could come up, we hope that it happens. After three long months, we are craving some new B&B action!

The Bold and The Beautiful Leak: More Crossovers – Jack Goes To L.A. To Take On Eric When New B&B Episodes Air #bb #boldandbeautifulhttps://t.co/gRFHd7WRYh

What do you think of the possibility of new episodes airing later this month? Are you looking forward to seeing new scenes? As always, we will keep you updated with the latest information and new developments as they become available.