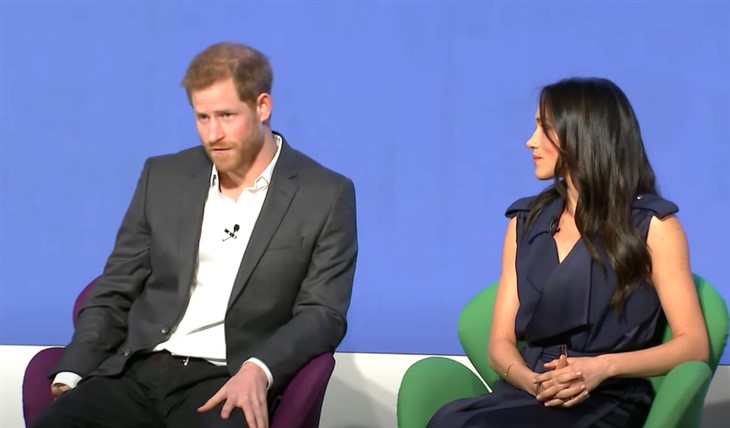 As many know by now, Prince Harry and Meghan Markle have signed with one of the world’s best known public speaking agencies. Meghan and Prince Harry have joined the ranks of such illustrious figures as former presidents Bill Clinton and his wife Hillary, as well as Barack Obama and his wife Michelle in signing with the Harry Walker Agency in New York. According to multiple reports, Prince Harry and Meghan are set to command immense fees for each speaking engagement they undertake. The fees to book the Duke and Duchess of Sussex are reportedly going to cost venues in the range of $1 Million each.

Insiders have revealed that Prince Harry and Meghan Markle have some pretty demanding criteria for those who wish to book them through the Harry Walker Agency. Just some of those demands include the ability for Harry and Meghan Markle to approve whoever introduces them and whoever will moderate any question and answer sessions with an audience.

Further, Meghan and Harry want to know what will be included on any video screens during their speeches, who will be in attendance in the audience, who will be sponsoring events, and what venues will provide to sponsors in return for their sponsorship.

Royal expert, Angela Levin, who has criticized Meghan Markle and Prince Harry heavily in the past, lost no time in making her views known regarding the latest revelations regarding the duke and duchess. As the British commentator Tweeted to her followers following the outing of Harry and Meghan’s booking criteria, “Harry and Meghan insist on having control over who introduces them. What are they worried about?”

Ms. Levin wasn’t the only one to lash out. Commentators on websites discussing the Royals were also miffed at Meghan Markle and Prince Harry. For example, one commentator identified only as Debbie wrote, “Meghan has a history of wanting to control everything that touches her life.”

Of course, in an interview with a British tabloid, the president of the Harry Walker Agency, Don Walker disputed Ms. Levin’s criticism. He noted that “There is nothing groundbreaking, exciting, or newsworthy about a customary speaking engagement questionnaire used to gather basic information for our speakers.”

Mr. Walker also said that “Every speaker wants to know the who, what, when, and where, etc. of every event we propose. That is all this questionnaire asks.”

Despite all the hoopla surrounding the revelations brought to light in the leaked Harry Walker document, Prince Harry and Meghan Markle still haven’t actually been booked. Instead, the Duke and Duchess of Sussex have signed a mega-millions deal Netflix, which is now facing extreme criticism over its distribution of “Cuties,” a film even former Democratic presidential candidate, Tulsi Gabbard has said is complicit in child trafficking.

It’s possible that Prince Harry and Meghan didn’t know exactly whom they were getting in bed with, but following the release of “Cuties,” Netflix has been under attack with the hashtag, “#CancelNetflix” trending.

This leads some to believe that if Prince Harry and Meghan Markle are concerned about maintaining a proper image, and not reflecting badly on The Firm, then this new Netflix development might have them hyperventilating behind closed doors.