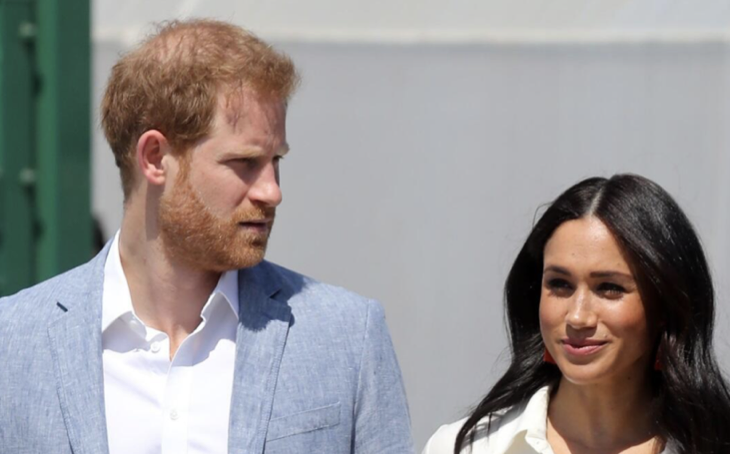 At the time of Megxit, Harry and Meghan vowed to reimburse generous taxpayers who paid the £2.4million bill to renovate their marital residence, Frogmore Cottage. Too late, they decided the renovations weren’t good enough and they left.

The residence wasn’t exactly a pile of bricks, so what did they spend all of that money on? For one thing a source told the Daily Mail that the couple’s final bills skyrocketed because they demanded costly designs for work that wasn’t even done.

“One of the biggest costs at Frogmore was that they flew in a designer from the US to design the garden. Meghan also wanted a tennis court. There are already tennis courts nearby in Home Park. But it would have meant them coming out of the garden and being seen, which she didn’t like.” For those keeping track, she also reportedly doesn’t like her feet being seen, but she does like being seen delivering meals to shut-ins.

Much speculation has been made as to whether the two could even afford to start paying off their for bill, let alone if they have actually paid one dime to date.

Now the news comes news that they have begun the reimbursement process, even though they no jobs, but it’s not exactly what it looks like.

What this arrangement looks like is a shell game—now you see it, now you don’t. For while they are reportedly paying back the money spent on Frogmore it happened only after Prince Charles agreed to pay their astronomical security bill costs in the US.

That’s right, they give a little and get a lot. Most of us don’t have the liberty or the gall to say we’ll pay one bill if someone else pays our other bill. In what universe are these two living? Better yet, what kind of parent would even want to enable their kids to live such crippled lives of utter dependence? Heghan left the UK to be financially independent–this is why they have lived in two mansions to date, both of them borrowed?

Are the Sussexes really paying their own way or is it a mirage?

Reportedly Heghan is paying monthly installments of almost £18,000 – a combination of rent for the property and an unspecified payment towards the building costs—for the Frogmore place.

They have insisted on keeping this pad as a British base but does anyone really believe that they will ever set foot inside those four walls again after rejecting it outright?

Harry was delusional to think he could have it both ways?

Apparently the jet setting couple found themselves a bit broke after they were forbidden from using their Metropolitan Police security team in North America; first in Canada than in L.A.

Harry reportedly thought that he would be allowed to keep the security detail because of his position in line to the throne (as if that will ever happen!) and his status as a former Army officer.

Now it is estimated that they–forgive me, I mean Harry’s dad—needs to pony up around £4million annually for their security. Do these 30-somethings have no shame between them?

Prince Charles is doling money out like candy to Harry

So the upshot is that the pair is being heavily funded by the future king until they can do so for themselves.

What’s that? No, they have no impediments to getting jobs, yes they are ambulatory and of average intelligence, so should we assume they just aren’t interested in paying their own way?