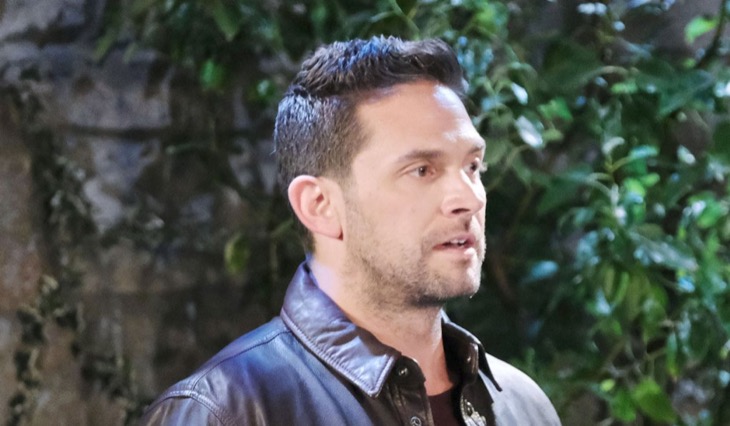 NBC Days of Our Lives spoilers and updates reveal that during the week of June 1, Gabi Hernandez DiMera (Camila Banus) will still be on her mission to prove Jake Lambert (Brandon Barash) is Stefan DiMera. However, her pushiness puts her smack in the middle of danger and she is kidnapped. Jake has nobody else to ask for help except “Cin,” but are they out of their league?

DOOL spoilers reveal that this summer, Gabi will still be convinced that Jake is really her dead husband. Don’t expect her to back off and let him “remember” on his own, either. She will keep pushing and demanding. Eventually, that pushiness will land her in the middle of danger, head writer Ron Carlivati told Soap Opera Digest.

On Friday, June 5, expect Jake to give Ben Weston (Robert Scott Wilson) and Ciara Brady (Victoria Konefal) shocking news. The mysterious mechanic tells “Cin” that Gabi has been kidnapped. But who would take her? Is it the same thugs that are after Jake, or could it be his crazy ex-girlfriend?

Days of Our Lives Spoilers: Can John Reel In Brady Before Victor Strikes Back? #DOOL #Days #DaysOfOurLiveshttps://t.co/lLmqNIihs0

Days of Our Lives spoilers reveal that Ben will finally learn the truth about Jake. He kept quiet all of this time, even when Ben was attacked by thugs who mistook him for being the mechanic. We know that somehow, Gwen is involved in all of this. But is she a dangerous woman who has sinister motives? Or is she just mischievous and others end up paying the price?

Ben and Ciara will likely do their best to try and locate Gabi. Even though none of them are really friends, “Cin” won’t want harm coming to Gabi. After all, Stefan loved her very much and even after his death, Ben tries to honor his former employer.

But will they be able to rescue the missing fashionista or are they completely out of their league? What do you think will happen when Gabi is kidnapped? Will Jake’s past finally be revealed or will he keep certain parts from the other Salemites? Is this really a job for “Cin” or should the police be called? We will have to keep watching the NBC soap opera to see what happens.