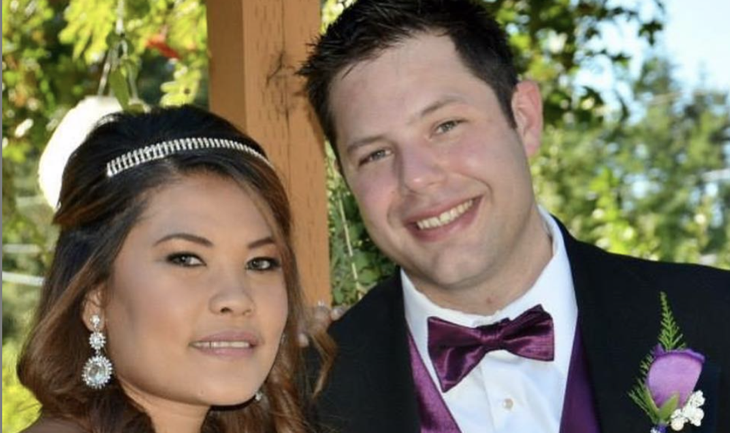 TLC 90 Day Fiance spoilers and updates reveal Brett Otto and Daya De Arce met online, went on to star on season 2 of 90 Day Fiancé, got married and are still happily together.

Brett Otto spotted beautiful Filipina wife, Daya De Arce online and instantly fell in love. At first he thought he had no chance, but Daya also found him attractive and things went on from there. The couple featured on season 2 of 90 Day Fiancé and married in 2015.

Brett and Daya went on to have a lovely baby girl, Isabella in July 2017. The happy couple is now starring on the TLC limited spinoff series, 90 Day Fiancé: Self-Quarantined. They were asked how they have made their lives work.

Brett is from Washington and when he spotted Daya, who is from the Philippines, online, he instantly fell in love with her. His feelings were reciprocated, as Daya found him pretty cute too. They got married in 2015 and in July 2017 they welcomed their daughter, Isabella.

Appearing on 90 Day Fiancé: Self-Quarantined, they were asked how they make their lives and their marriage work. Brett told their fans they are doing fine and went on to explain how they do it.

Family life is important to Brett and Daya. Brett already has a daughter, Cassidy, from his former marriage, and he and Daya have now been married for five years. They were already happy, but things got even better when they had their daughter Isabella in July 2017.

Life hasn’t been easy for Brett and Daya

The couple has had to overcome several obstacles along the way, but just keep getting stronger. They spoke about their relationship on the May 18 episode of 90 Day Fiancé: Self-Quarantined. On that same date, the family was celebrating Daya’s birthday together under lockdown.

COVID-19 quarantine isn’t easy for anyone, and it has also been difficult for Brett and Daya. In recent months, Brett has been without work. He is a stay-at-home dad, while Daya works night shifts at a local assisted living facility.

I completely forgot about Brett and Daya 😅#90DayFiance #90DayFianceSelfQuarantined pic.twitter.com/1HoEVJeACu

How do the 90 Day Fiancé alums do it?

Brett and Daya explained they have managed to keep the spark going, despite all the big life changes. Brett says one thing they are doing differently these days is to spend more time talking to each other. Communication is always important in a relationship.

Otto says they enjoy going on drives together and exploring the world around them. They spend as much time together as they can as a family. According to Brett, before this, he had taken a lot of their time together for granted.

Besides starring on 90 Day Fiancé: Self-Quarantined, Brett keeps up a regular blog to let fans know how they are doing. In the blog, he explains how the family had traveled to the Philippines in October 2019 to visit Daya’s family. His most recent blog entry talks about Cassidy’s 12th birthday. Otto says he takes this particular milestone in her life with “joy and excitement.” Brett loves watching her grow over the years.

As reported by In Touch, Brett says even though he is divorced from Cassidy’s mom, everything his daughter does gives her beautiful memories. Even though the families are split, they do spend a lot of time together. Brett says both families offer the children a loving, supporting and encouraging environment.