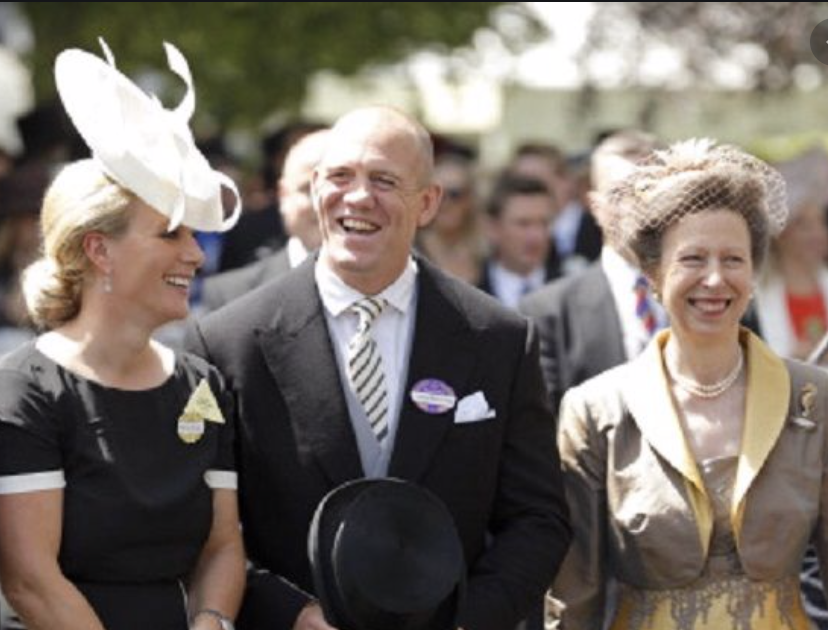 They say that when you marry your sweetheart you also marry their family. So, what did Mike Tindall think of the strange request made to him by Zara Phillips’ mother Princess Anne, prior to their wedding?

According to legend, Anne is well-known for her direct honesty and sharp tongue. She apparently used both on Mike in the run-up to her daughter’s wedding to the former rugby hero.

Zara and Mike married in 2011 and prior to this the star athlete had his nose broken at least eight times during his athletic career. Like any good mother-in-law worth her salt, Anne was thinking of the wedding photos, which last a lifetime after all, when she made her request.

According to reports, Anne was aghast at the thought that Mike’s broken and crooked nose would stand out like a sore thumb in the pictures.

At the time his much-maligned honker was pushed to the left and The Telegraph reported that his face was, “cruelly mocked,” by teammates as, “a relief map of the Pennines.”

The same outlet reported that Anne allegedly, “offered to pay for the surgery,” as a last-ditch attempt to pretty up the pics.

Anne was concerned about her daughter’s wedding photographs

For his part, Mike has confirmed that Anne asked him to straighten his nose out three months before the nuptials.

Why didn’t he take her up on the offer for the pricy cosmetic surgery? The Rugby World Cup was coming up and there was a huge likelihood that his nose would be broken a ninth time!

Prince Harry and Meghan Racked Up A £44 Million Bill Before Ditching The UK #MeghanMarkle #PrinceHarryhttps://t.co/YEfZXLX1DQ

Mike retired in 2014 and a year later he dropped a hint that he was reconsidering the nose procedure. Talking to the Daily Mirror, he said he had thought about going under the knife and said of his snout, “I guess it’s something similar to a pug.”

Obviously both he and Anne have sharp wits in common. He went on, “The problem is that if I get it done, will people say I’ve had it just because I’m doing TV stuff now? Because it’s definitely not.”

And then he took the plunge and fixed his nose

It wasn’t until 2018 that royal fans noticed his crooked nose was now nicely aligned. That year he confirmed to Hello! Magazine that he had undergone nose surgery to fix his nose saying, “I was getting a lot of headaches and my sinuses were fully shut so he had to drill me some new ones so it needed to be done.”

“I would say that I did have it done six weeks before anyone actually noticed, in terms of media-wise.” I bet Anne noticed.

The Bold and the Beautiful Spoilers: Penny Is Sally’s Servant, Risks Everything For The Chance To Design For Forrester