Hope Is Worried About Thomas And His Mental Health 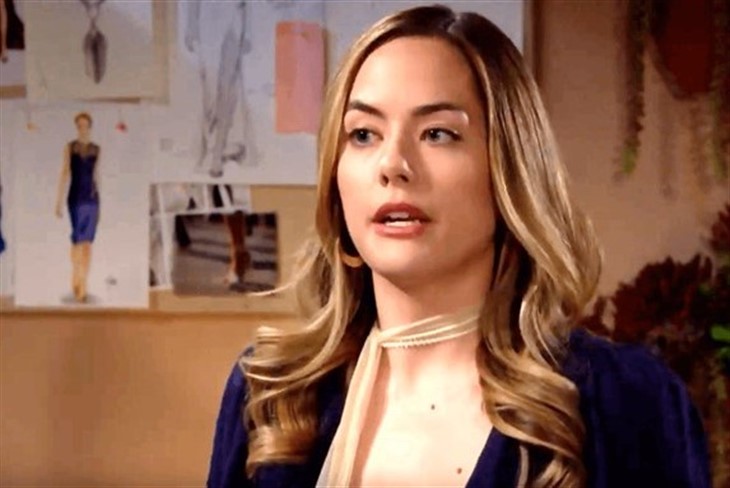 The Bold and the Beautiful spoilers say that in Los Angeles even though Thomas Forrester (Matthew Atkinson) is a man that Hope Logan (Annika Noelle) should definitely keep more than six feet away from, she can’t help but worry about the man who almost wanted to control every aspect of her life, Thomas. That’s because his mental health seems to be getting worse by the day. Here’s what you need to know.

According to the latest edition of Soap Opera Digest, Hope is concerned about Thomas in the wake of their family dinner with little Douglas Forrester (Henry Samiri). What’s more, she has no idea that he is also acting very bizarre with a doll that looks just like her behind the scenes. During the dinner, while it seemed that Thomas kind of started to unravel, Hope still gave him the benefit of the doubt.

The Bold and the Beautiful spoilers also say that Hope will grow uneasy when she gets an unexpected visit from Dr. John Finnegan (Tanner Novlan), who is also rather concerned about Thomas. That’s when they start having a very serious talk about what is going on.

B&B Spoilers – Finn Begins To Show Concern For Thomas Too

Annika Noelle, who plays Hope on the hit CBS soap, puts it this way, “Finn approaches Hope because from what everyone has told him, she would have a good understanding of Thomas and his history and his past behavior. And it isn’t until Finn starts talking about his own suspicions that Hope remembers Thomas had mentioned that he hit his head after Liam came over, and they had their confrontation. She mentions that to Finn, and that’s when he gets worried that there could be something more grave going on, and it could actually be a medical issue.”

While it might be a medical issue, Hope knows that it’s a mental health issue, too. Needless to say, The Bold and the Beautiful fans will have to tune in to find out what will happen next! The CBS soap airs on weekdays. Check your local listings for times.

Days Of Our Lives Spoilers: Allie Means Business – Pulls A Gun ON Tripp, Wants Him To Confess