General Hospital Spoilers: Lulu Was Investigating Cyrus, Will Peter Take Over The Job? 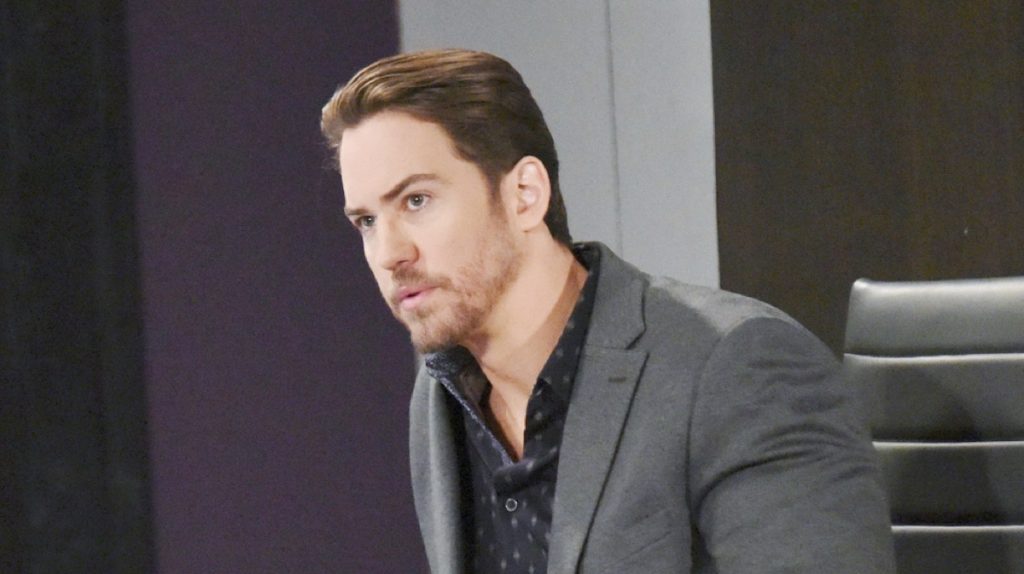 General Hospital spoilers tease that in Port Charles, NY Peter August (Wes Ramsey) might have a part in taking down Cyrus Renault (Jeff Kober) if Dante Falconeri (Dominic Zamprogna) doesn’t get to Peter first or to Cyrus! After all, now Peter himself might finish Lulu Spencer’s (Emme Rylan) exposé on the drug lord and find enough intel to finish him off himself. After all, there’s nothing like finishing off a baddie in order to hide one’s own evil!

General Hospital Spoilers – Peter August, Like Julian Jerome, Is Rather Written Into A Corner

Peter, like Julian, is rather written into a corner! Behind the scenes, Liesl Obrecht (Kathleen Gati) who Peter framed for his own crimes has a kill order out on Peter and Anna Devane (Finola Hughes), and Dante is programmed to carry it out with the click of a pen! The only way Peter can truly redeem himself is if either Drew Cain (Billy Miller) turns up alive, and even that won’t completely clear him.

There’s still Liesl to deal with, and attempted murder charges from trying to silence Dr. Andre Maddox (Anthony Montgomery). However, if he solved the problem of Cyrus Renault, who is ultimately behind the explosion of the Floating Rib, of which Lulu was collateral damage, it would go a long way towards redemption. There have also been many drug overdoses as well, including that of Sasha Gilmore (Sofia Mattsson).

Peter could even garner the favor of Sonny Corinthos (Maurice Benard) and Jason Morgan (Steve Burton) in the process. It is true that could put Dante in a spot regarding his programmed kill order, as well as being cross purposes with his father. Dante has fought hard to overcome his problems to return home. But because of what has happened to Lulu, it may give him the will to fight against his programmed responses to kill Peter and Anna. Dante will likely be more prone to help take down Cyrus!

However, as General Hospital viewers know, Holly isn’t really dead – and someday in the future Drew may be revealed alive as well. Peter and Liesl would the same contacts because Liesl was involved with his father, Cesar Faison (Anders Hove) for many years. Liesl had to compete with his obsession with Anna for many years, however. It could have even stemmed from the night of Peter’s conception when Alex masqueraded as Anna.

General Hospital history tells us Peter is older than Britt Westbourne (Kelly Thiebaud) and the late Nathan West, (Ryan Paevey), Liesl’s children. Still, Peter needs to do something extraordinarily good to overcome those things that backfired on him that were extraordinarily bad. Finishing off Cyrus – with intel that would put him away for good – maybe just the way to do it! Peter would hope that no one he loves would ever have to know his own evil past!