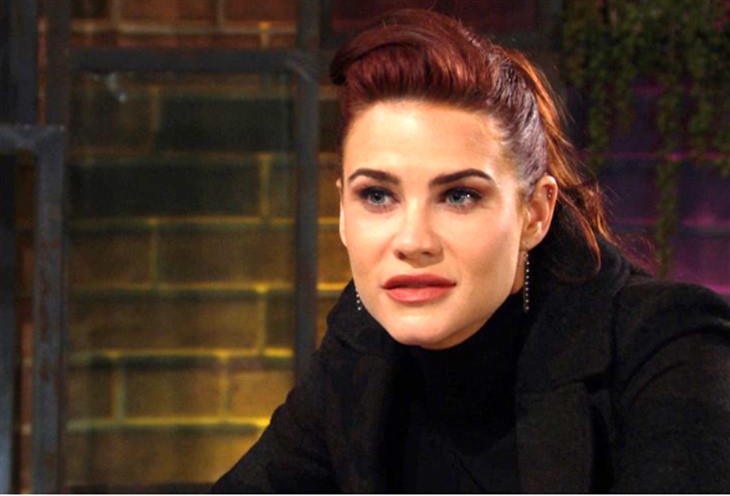 The Young and the Restless spoilers say now that in Genoa City, Wisconsin Sally Spectra (Courtney Hope) is in town, she might be looking to not only work on her professional goals but her personal ones, too. After all, it’s been a very long time since she’s been with a man that has treated her right and no, we are not talking about her ex Wyatt Spencer (Darin Brooks, The Bold and the Beautiful) who she left back home in L.A.

Sally needs someone bold and beautiful, but also young and restless. And who might be the perfect candidate in Genoa City? While a lot of people have their favorites, Rey Rosales (Jordi Vilasuso) could sure use a feisty redhead in his life, right? With that said, here are four reasons why Sally and Rey would make an exciting hookup. Check it out below and let us know what you think.

#1 For Sally Spectra, All This Girl Wants To Do Is Have Fun

After she basically put her life on the line for Wyatt Spencer back home in Los Angeles, she ultimately got humiliated after Wyatt realized that he would rather spend his life with a lying baby snatcher than with a talented fashion designer. For Sally, all she wants to do is put the drama in her life behind her and have fun. And who better to have fun with than someone as sexy and handsome as Rey Rosales, right?

Even though they are currently working on making their relationship official, let’s face it: Sharon Newman (Sharon Case) is not interested in marrying Rey Rosales, which should be good news for Sally Spectra. Sharon is only with Rey because she’s currently out of options right now.

With Sally, she’s the kind of girl that you can make a lifetime of memories with just one weekend. She’s fun, she’s edgy and she’s also someone who can keep Rey on his toes. Plus, we all sure everyone remembers all of those scenes of Sally and Wyatt in bed together? In fact, it felt like they were in bed for an entire week at a time!

#4 The Passion And Chemistry Between Them

Let’s face it, Sally and Rey don’t need love or commitment. Instead, they just probably need and want a casual hook up. With Sally being the sexy redhead that she is and Rey as Genoa City’s resident stud, the passion and chemistry between them would be so loud that Wyatt Spencer’s ears will ring back in L.A.