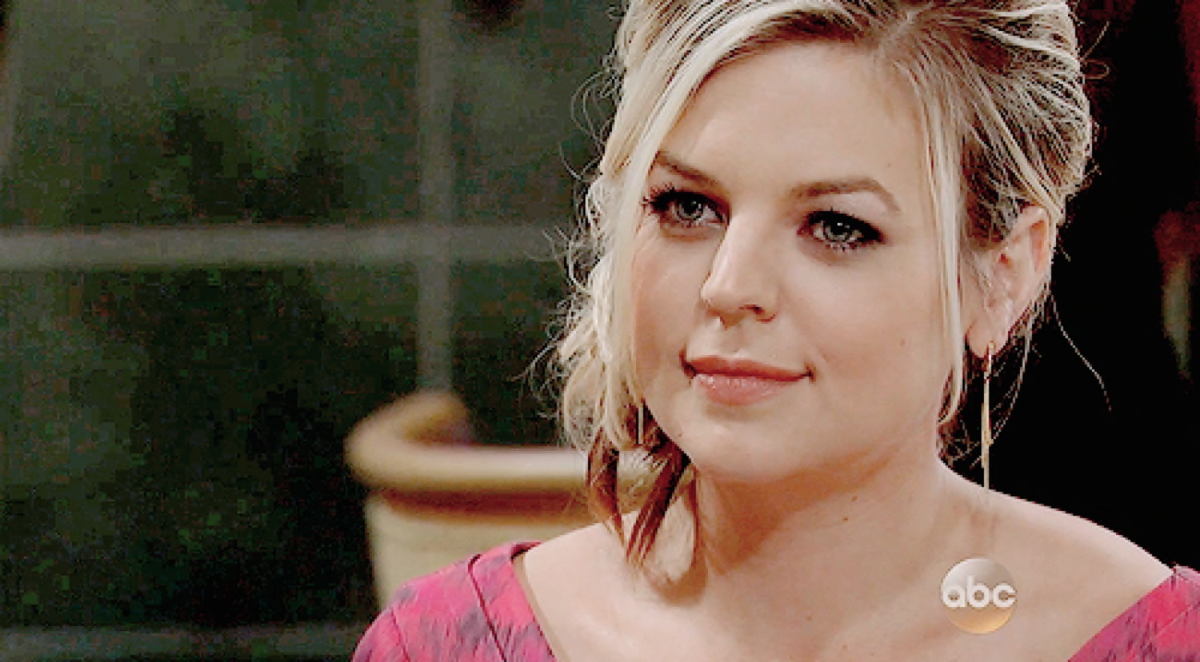 People all over the world have been instructed to stay at home to help prevent the spread of the COVID-19 virus. With the chaos and panic that this pandemic has caused, there’s nothing like tasty comfort food to help calm the nerves. “General Hospital” actress Kirsten Storms made one of her own. She didn’t just post a photo of the food she prepared but also shared its recipe.

“I have made this dish for years. I call it ‘Noodles.’ (Honestly, I just like that word.) My sister came over to do laundry so I made her one of my comfort foods,” she said in her Instagram post.

“Cut the turkey bacon into smallish pieces and cook it in a skillet with olive oil, garlic, lemon juice, and pepper. “When crispy, add peas and keep skillet on low heat,” the actress instructed.

I have made this dish for yeeeeears – I call it “Noodles” (honestly, I just like that word 🤷🏼‍♀️). My sister came over to do laundry so I made her one of my comfort foods. Turkey Bacon (cut into small-ish pieces) cooked in a skillet with olive oil, garlic (any form), lemon juice and black pepper – when crispy add peas and keep skillet on “low heat”. Pasta is the Gluten Free “Brown Rice and Red Lentil” spaghetti from @traderjoes. When the pasta is done, add it to skillet and toss ingredients together – adding more olive oil and (lots of) lemon juice. Top with parm cheese. For realzies, it’s delicious. Kinda like a guilt free carbonara 🙆🏼‍♀️ #Noodles @littlestorms

“When the pasta is done, add it to skillet and toss ingredients together, adding more olive oil and lots of lemon juice. Top with parmesan cheese. For realizes, it’s delicious. Kinda like a guilt-free carbonara,” she continued.

Friends and fans were quick to comment on her post. Storms’ close friend Emme Ryan commented, “I need this.” James Patrick Stuart chimed in and said, “I kinda wanna eat that. I do.” Kelly Monaco joined in and said, “I do a version of that!”

General Hospital Spoilers: Brando’s Past Comes To Light – Was He In Dawn Of Day? https://t.co/yycyC69EcN pic.twitter.com/x2bso36QgN

GH Spoilers – What’s Next For Maxie?

“General Hospital” spoilers for Friday, March 20 hint that Damian Spinelli (Bradford Anderson) will confront Peter August (Wes Ramsey). Spinella is worried about Maxie Storms (Kirsten Storms). Viewers know that Maxie and Peter are set to get married and the latter insists that Spinelli can’t do anything about it.

Spinelli is concerned that Peter is setting up Maxie for heartbreak and he’d want to protect her no matter what. He’ll do whatever he can even if Maxie doesn’t agree.

Elsewhere, Nina Reeves (Cynthia Watros) will think that Maxie betrayed her for looking for another job. Spoilers reveal that Lucy Coe (Lynn Herring) will make an enticing offer that may eventually lure Maxie to Crimson.