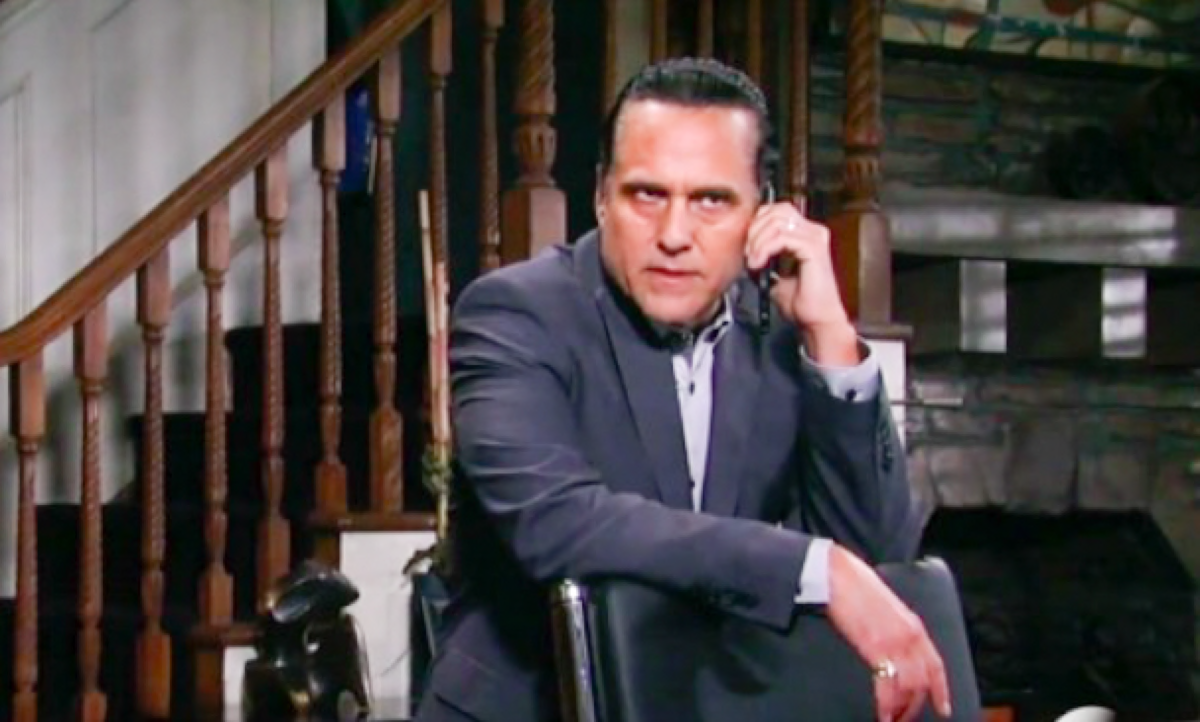 General Hospital spoilers are spilling Sony Corinthos (Maurice Bernard) will be heading toward a downward spiral in the next upcoming weeks. Word carries out that on March 23rd Sony will be getting an important phone call with some tragic news about his Father Mike Corbin (Max Gail).

This will be tragic for Sony his family and friends like Jason Morgan (Steve Burton) and even Brook Lynn Quartermaine (Amanda Setton) whom Sony found visiting Mike and singing to him to bring him some joy. A sweet memory Sony will surly hold forever.

Sony will be especially distraught as we watched once two wayward souls rebuild their Father and son relationship. General Hospital spoilers have been swirling about Gail’s possible exit though no reported set date has been issued that says when Gail’s last air day will be.

GH Spoilers – Sonny Corinthos In The Middle Of Mob War

GH spoilers are also revealing his death could represent the last straw that sends Sony over the edge. As we know just like the actor who portrays him Sony suffers from Bipolar Disorder. Bipolar Disorder strain and pressures of life can trigger a manic episode.

To be honest it is no surprise a break down is looming for Sonny? With all the stress and pressure, Sony has had on his plate lately. He is in the middle of a mob war after all! On top of that GH, spoilers whisper this will represent just the tip of the iceberg for Sony.

General Hospital spoilers indicated there will be looming trouble in his relationship with Carly (Laura Wright). Carly confesses to her daughter Josslyn (Eden McCoy) that she is ready to bail with her kids if things get extremely dangerous around Sony. She may make Sony aware of this. This all wraps up in a nice little kaboom bow for Sony. Therefore, let’s calculate this up.

His father dies, he is in the middle of a war with raging Cyrus Renault (Jeff Kober). He is trying to keep the people of Port Charles and love ones safe through all this. Now his wife is lacking faith in him that he can do it! Poor Sony. There is so much even a mobster can take! As General Hospital spoilers hint this is all going to come to a head and Sony going to break.

Will Carly stay by Sony’s side when he breaks down? Will Renault gain an advantage due to Sony’s moment of grief and weakness? Don’t hold your breath in anticipation stay connected to SOS for all your General Hospital spoiler news.