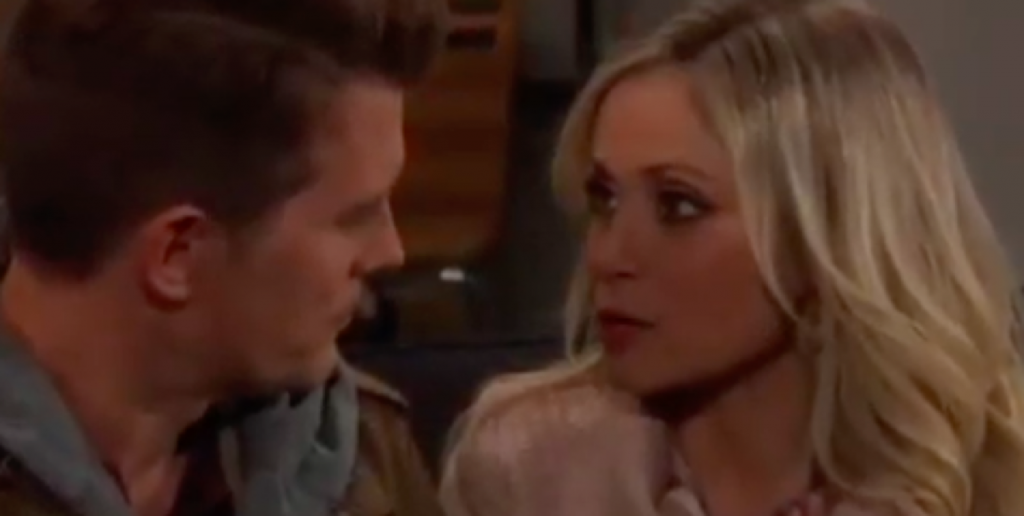 Lulu Spencer (Emme Rylan) and Dustin Phillps, (Mark Lawson), now home from the Port Charles Police Station where they were booked for a brawl they got into with Brook Lynn Quartermaine (Amanda Setton) and her sleazy manager (unnamed character, uncredited actor as of this writing) at The Floating Rib, and they sit on the couch and talk about the events of the evening. 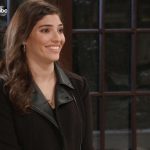 Dustin has a pretty good shiner which Lulu will probably be happy to put makeup on so it’s not so visible! She wants to know everything from start to finish about how he and Brook Lynn knew each other, and she tells him not to leave anything out!

Meanwhile, Brook Lynn is still at the police department sitting with her father, Ned Quartermaine (Wally Kurth) and she wants him to throw the family name around! She is frustrated as she exclaims to him, “Now drop our family name and take me home!”

Ned is not going to just drop their family name, he wants Brook Lynn to learn something from this experience as for once he agrees with something his mother Tracy Quartermaine Spencer (Jane Elliot) said – and that is if Brook Lynn has to spend the night in jail, let her! He may not let her spend the night in jail, ultimately but it looks like he wants her to consider it as a definite possibility!

At the Metro Court, Ava Jerome Cassadine (Maura West) sits at the bar with her new husband, Nikolas Cassadine (Marcus Coloma) and reminds him that the ball is in her court and that she has leverage over him! She tells him he doesn’t get what he wants until she gets what she wants! What she wants is power and likely a lot of Cassadine money to throw around! Nikolas is probably working over in his mind how he can find where she has hidden the codicil and how to get it out of her hot little hands into his, where it belongs!

Stella Henry (Vernee Watson) has come back to Port Charles for a visit and checks in with Sonny Corinthos (Maurice Benard) where they talk about Mike Corbin (Max Gail). They discuss his deterioration from Alzheimer’s Disease and he likely runs the Alzheimer’s trial in Manhattan by her as well. Stella asks Sonny a very important question: “What is Mike holding on to?” If Mike doesn’t want to hold on to anything then trying to get him into this trial whether it has a good success rate or not isn’t in Mike’s best interests!

At the memorial for Shiloh Archer (Coby Ryan McLaughlin) Michael Corinthos (Chad Duell) walks to the front of the room with a suspicious look on his face, as Nelle Benson (Chloe Lanier) has removed her black hat and black veil and introduced herself as Mrs. Archer! She tells the people who are gathered in what appears to be a schoolroom or perhaps a community center that they are all her guests! Michael will have lots of questions, first and foremost, why is she out of Pentonville Prison where she belongs?!