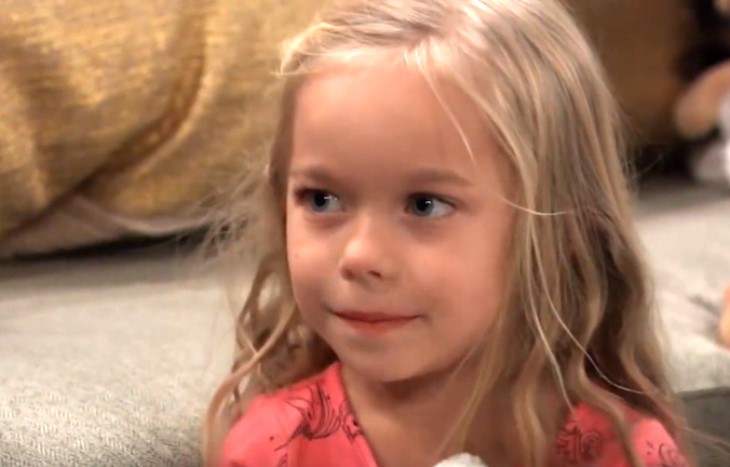 General Hospital Spoilers hint that there may be chaos at the party that is being thrown for Violet Finn (Jophielle Love). There is a lot of drama going on in Port Charles. As viewers know, parties and other important events tend to come with a lot of drama and chaos. This usually results in secrets being exposed and/ or lives to be in danger. Which storyline might be the cause of the confusion at Violet’s party?

There has been a lot of drama in Port Charles with the many storylines going on. The Cyrus situation and the drama with Peter August (Wes Ramsey) are the main storylines in the forefront of General Hospital as of the moment. Peter has been stirring up a lot of drama recently with his latest act of framing Liesl Obrecht (Kathleen Gati) for his crimes. However, now that Robert Scorpio (Tristan Rogers) has visited with Obrecht, their deal may be set into motion very soon.

Peter may catch wind of this and will be annoyed by Robert’s persistence. This will lead him to try and stop Robert from continuing to find the truth. Of course, Robert will continue to go after Peter as he is convinced of his guilt. The tension between the two may spill over into the day of Violet’s party. As on the day of the party, either the truth may come out, or Peter and Robert may decide to go at each other on the day of the party. No matter how things go, Anna will try to take the side of Peter instead of following the evidence that has been placed in front of her. However, this may end up doing more harm than not for Anna Devane (Finola Hughes).

Viewers can look forward to Violet’s party being the place for either secret being exposed or with the party ending in a complete disaster as Peter and Robert face off against one another. It will be interesting to see how things will play out. What do you think? Will Peter and Robert be the cause behind drama? We’ll give you updates as GH news comes in. Stick with the ABC soap, and don’t forget to check CTS often for the latest General Hospital spoilers, updates, and news.