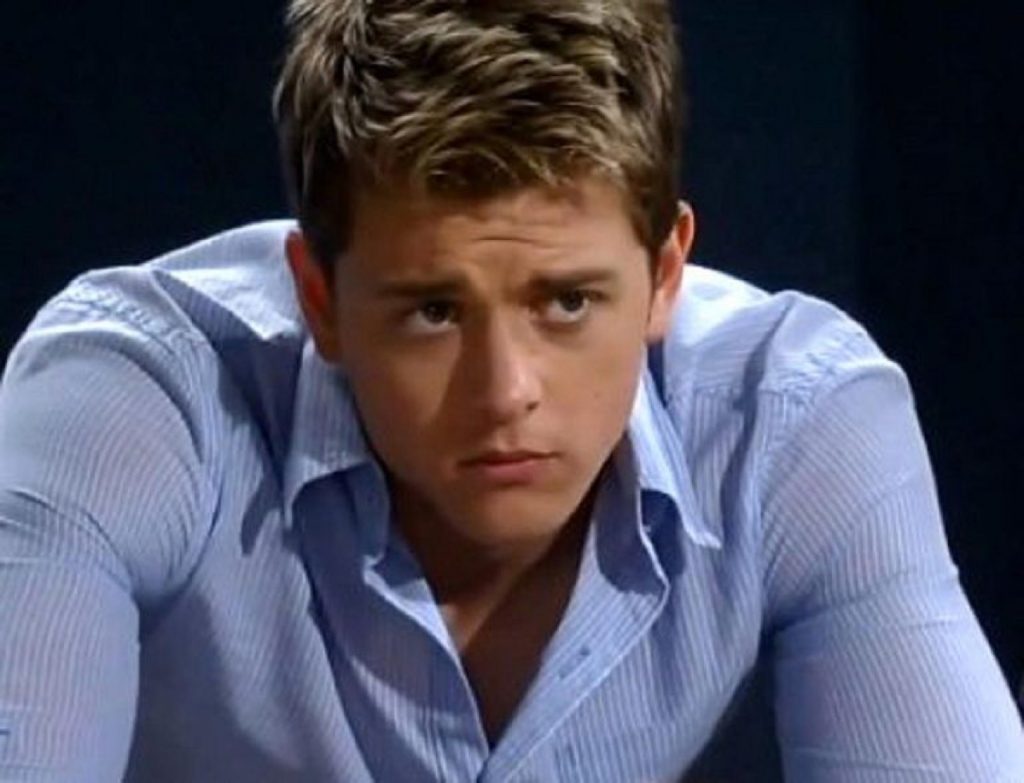 General Hospital spoilers for Tuesday, January 28 tease another day of exciting drama for GH fans full of confrontations and danger!

Down on the docks, near the Corinthos Coffee warehouse, Michael Corinthos (Chad Duell) continues to defend Sasha Gilmore (Sofia Mattsson) and protect her, as gunshots continue to ring out.

Mayor Laura Collins (Genie Francis) has already taken a bullet and lies unconscious on a pile of Corinthos Coffee bags with blood collecting on her stomach, and Carly Corinthos (Laura Wright) may have been hit as well, inside the warehouse where she tried to shield herself behind a pallet, but also fell to the ground on a pile of coffee bags, as Josslyn, terrified, hid behind a crate close to some stairs.

There was one gunman and they lucked out when Dustin Phillips (Mark Lawson) happened to hear the gunshots and investigate, ran after him, knocked him over with a pallet and kicked his gun away from him, and would have apprehended him but he got away!

Meanwhile, in Brooklyn, Sonny Corinthos (Maurice Benard) tries to comfort his father, Mike Corbin (Max Gail) who is terrified, shaking, and possibly shot on the floor of the Brooklyn restaurant where he, Sonny, and Jason Morgan (Steve Burton) were just attacked!

The waitress Mike had been flirting with just a few minutes before cowers behind the bar, and it’s been one of Jason to two or three of the gunmen who have been shooting, seeming to be targeting both Mike and Sonny! Mike is having a major meltdown, and this will almost certainly interfere with getting him into the Alzheimer’s treatment trial in Manhattan, which was actually the main goal of the trip in the first place!

Mike cries that he wants to go home, and after the NYPD detective who responds to the scene clears Sonny to take his father back to Port Charles, he gets a call from the doctor at the Alzheimer’s trial that if they don’t show up he can’t be in the trial. Sonny tells the doctor that there is a family emergency and they have to cancel.

Back in Port Charles, Dr. Hamilton Finn (Michael Easton) confronts Nikolas Cassadine (Marcus Coloma)! Finn has a four –year old girl who wants her mommy and is demanding answers, and Finn has been told by Jasper Jacks (Ingo Rademacher) that Nikolas hired a goon to scare her into hiding, telling her that her life would be in danger if she stayed in Port Charles, and now she seems to have disappeared from the face of the earth with no way of contacting her!

Jax has not been able to find her even by using his contacts and is likely ready to get the WSB involved if Anna Devane (Finola Hughes) hasn’t already! General Hospital viewers will recall that Nikolas overheard a conversation between Valentin Cassadine (James Patrick Stuart) and Hayden, where Hayden sounded like she was making a deal with Valentin about the codicil, which Nikolas now has but didn’t then. Nikolas tried to kill Hayden before when she went into a coma after being shot in the head by a hitman Nikolas had hired! Does Finn know about this, and will he bring it up to Nikolas?

Nina Reeves (Cynthia Watros) is perplexed when Ava Jerome Cassadine (Maura West) shows up, right after she and Jax had a little office party complete with their first kiss, at that. Nina doesn’t know why after Ava now has what she wants, why she’s coming to see her seeing their alliance to take down the Cassadine men is over; Ava makes nice and talks about having a drink together once in a while. Nina’s okay with that, especially when Ava takes over and tells Valentin Cassadine (James Patrick Stuart) to hit the road and if Nina has any problems with him to call her right away!

Police Commissioner Jordan Ashford (Briana Nicole Henry) rushes to deal with an emergency, with multiple shots reported on the waterfront near the Corinthos Coffee warehouse and at least one known victim, possibly two. She is informed that the Mayor was down at the waterfront with Michael Corinthos, talking about her waterfront revitalization project and was shot! It will be all hands on holster for every police officer as an apparent turf war is beginning, with Sonny and his family as the targets!