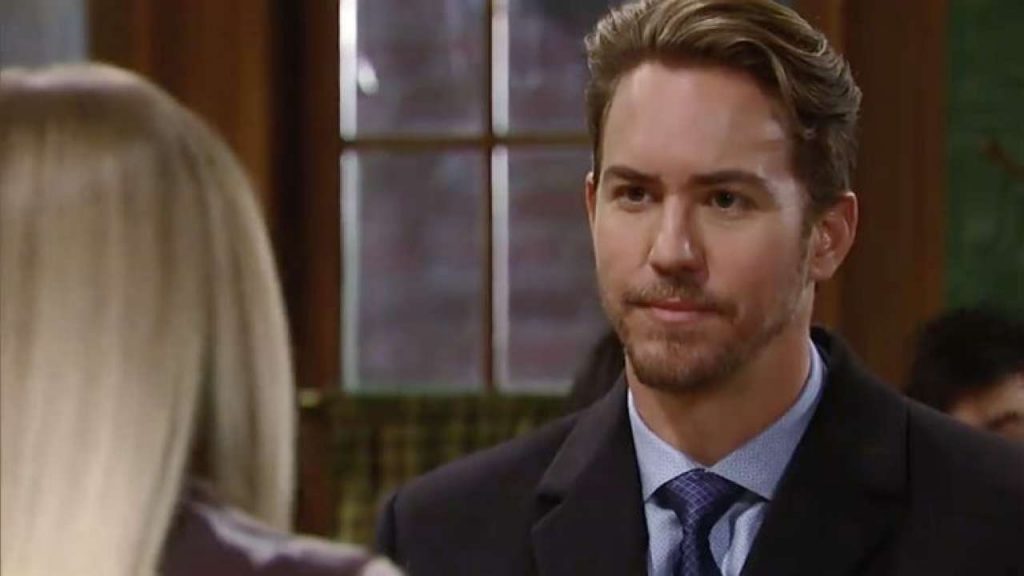 General Hospital spoilers tease that there will be five key takeaways for fans to look for in this week’s GH, from Monday January 27 through Friday, January 31. Bear in mind that although ABC has decided not to run any new episodes until after the senate impeachment trial of U.S. President Donald J. Trump concludes, we do not know from day to day exactly when that will be, so we will provide daily and weekly spoilers and the five key takeaways to look for, although the days are subject to change. Keep checking General Hospital spoilers for updates.

Nelle Benson Archer (Chloe Lanier) continues to make trouble since her release from Pentonville Prison. Nelle is a bit shaken although she doesn’t show it when Willow Tait (Katelyn MacMullen) strikes back after Nelle gloats about how hard it must be for her seeing Wiley Cooper-Jones (Erik and Theodore Olson) and then having to give him back to Brad Cooper (Parry Shen)!

Willow tells her she is sorry that Michael Corinthos (Chad Duell) lost his child, but she is glad that Nelle isn’t a mother! Willow is also very concerned and questions Brad’s bizarre behavior and doesn’t think he can raise Wiley on his own safely. Michael moves her into the Quartermaine mansion – she thinks – to keep an eye on her, but she is upset when she finds out she’ll be living in the boathouse and not the mansion! She will try to appeal to Brooke Lynn Quartermaine’s (Amanda Setton) senses but will likely not get very far in her efforts!

GH Spoilers: Nikolas Cassadine Continues To Try To Make Amends While His Excuses Continue To Backfire

Nikolas Cassadine (Marcus Coloma) continues to try to make amends while his excuses continue to backfire! He does finally get the codicil from his new “bride” Ava Jerome Cassadine (Maura West) after she agrees to his condition to signing her post nup, being faithful to him and keeping up the appearance of being a doting wife, while remaining celibate even with him! Ava demands that he do the same and he agrees!

He will be confronted by Dr. Hamilton Finn (Michael Easton) about Hayden Barnes’ (Rebecca Budig) disappearance and given an ultimatum, and Elizabeth Baldwin (Rebecca Herbst) will slap him in the face after Finn and Jasper Jacks (Ingo Rademacher) tell her how Nikolas hired a goon to scare her out of town! Finn will give an ultimatum to Nikolas to either find Hayden or face the consequences, and Jax will back him up, with Jax wondering what the last straw will be! Nikolas also visits his mother Laura, who will be in General Hospital after being collateral damage of attacks aimed at Sonny Corinthos’ (Maurice Benard) family.

GH Spoilers: Sonny Corinthos And His Family Are Targeted

Sonny Corinthos and his family are targeted in what appears to be a turf war, but the attacks take place in three different places; two in Port Charles and one in Brooklyn, New York where Sonny and Jason Morgan (Steve Burton) took Mike Corbin (Max Gail) for both a trip to his old stomping grounds and to enroll him in an Alzheimer’s treatment trial in Manhattan. Michael is on the docks with Josslyn Jacks (Eden McCoy) who is there writing in her journal, and she leaves, and Sasha Gilmore (Sofia Mattsson) arrives as does Mayor Laura Collins who is talking to Michael about her waterfront revitalization project.

This is not far from the Corinthos Coffee warehouse, where Carly Corinthos (Laura Wright) has headed over to with Gladys Corbin, (Bonnie Burroughs) who wanted a tour. Suddenly gunfire erupts, after Jason spots the gunman and shouts to everybody to get down! The gunman in the restaurant in Brooklyn takes aim at Mike and Sonny, and Jason gets in a shootout with him; that gunman takes the waitress hostage and as she elbows him in the stomach and breaks loose, Jason shoots him dead!

As a result, Mike has a meltdown and Sonny tries to comfort him, and decides to take him home when he wants to instead of enrolling him in the trial; Jason is held in NYPD jail because of his long rap sheet! Once he returns to Port Charles, he checks in at the ER. At the approximate same time (or so it seems by the way the show was filmed) Joss spots a gunman with his gun aimed at Michael, after she returned to pick up her journal, which she had left behind.

Laura is shot, Sasha is shaken up and Michael defends her. Luckily Dustin Phillips (Mark Lawson) happens to hear the gunfire and goes to investigate, where he knocks over the gunman with a pallet and kicks the gun away while Joss is on the phone to 911 and the police! The gunman escapes. Meanwhile, at the warehouse, at least two gunmen attack! A man comes out of nowhere and saves Carly but is shot himself; Commissioner Jordan Ashford (Briana Nicole Henry) stops by the hospital to check on Laura once she is brought in, then goes to the warehouse where she scares Gladys half to death when she comes out of a room where Tony (Phillip Boyd) the warehouse manager had sheltered her, she sees the man who saved Carly is her own presumed dead son Brando (Johnny Wactor).

Tony and another warehouse employee had tied up two gunmen prior to Jordan’s arrival. She fears for what is to come, and Jax calls Carly to see how she is after coming to the docks to check on Joss after she calls him. Michael and Sasha relocate for safety’s sake.

Lulu Spencer (Emme Rylan) begins her fight against Valentin Cassadine (James Patrick Stuart) over the custody of Charlotte Cassadine (Scarlett Fernandez) this week; Martin Gray (Michael E. Knight) stays close to Valentin, and Ava Jerome Cassadine and Nina Reeves (Cynthia Watros) will be reactive, after Nina at first is perplexed. Valentin will be served a court order, and it’s likely to be a restraining order to keep him away from Charlotte.

Sam McCall (Kelly Monaco) continues the investigation into Peter August (Wes Ramsey) that Jason started, and identifies a possible ally who may be Liesl Obrecht, (Kathleen Gati) who is trying to turn over a new leaf. She knows all about Peter back to when he was at least a teenager and possibly earlier, so she may be a good resource and ally. Peter will be taken aback!

That’s all for this week’s Five Key Takeaways from General Hospital; stay tuned to the show, and keep checking General Hospital spoilers frequently for all the latest news, updates and developments!

The Bold and the Beautiful Spoilers: Flo Is About To Race Down The Aisle – Quinn Pushes Her To Marry Wyatt