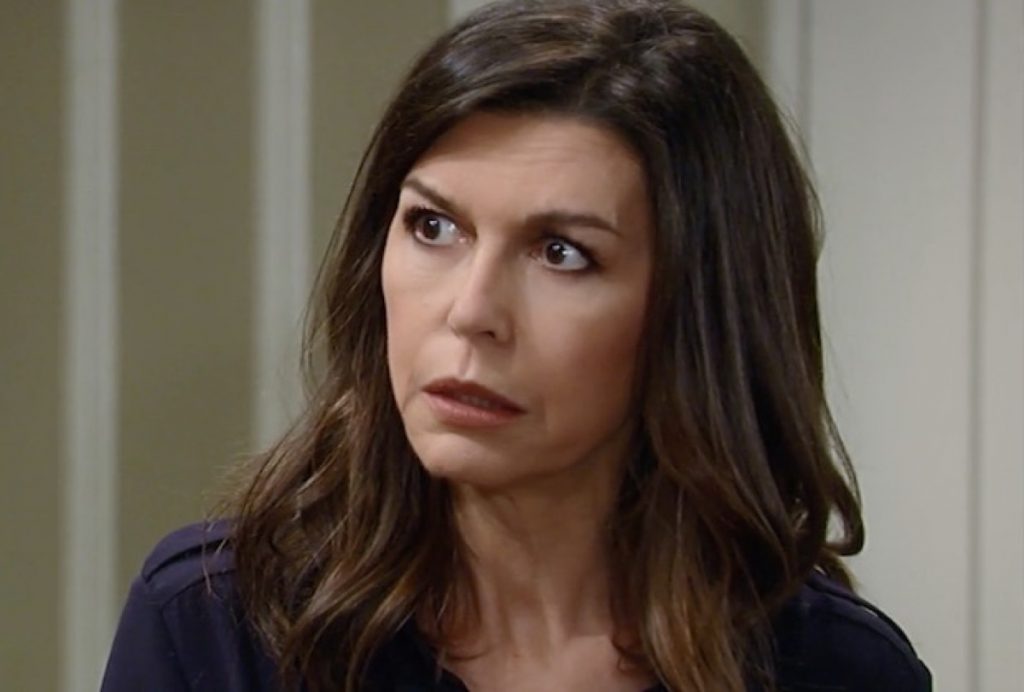 A suspicious Curtis Ashford (Donnell Turner) talks to Lieutenant Marcus Taggert (Real Andrews) and tells him he thinks it’s time they get to know each other a little better! Curtis is suspicious that there’s something going on between Taggert and his wife, Jordan Ashford (Briana Nicole Henry) because when Jordan introduced them, Taggert said he’d never met her before and Jordan backed him up! Curtis knew that was a lie because he saw them together with Mayor Laura Collins (Genie Francis) at the Metro Court!

GH Spoilers – TJ Ashford Has Something He Needs From Jordan Ashford

A rather terse TJ Ashford (Tajh Bellow) has something he needs from his mother, Police Commissioner Jordan Ashford as he stops by her office at the Port Charles Police Department. When General Hospital viewers last saw TJ, he was trying to get her blessing to marry Molly Lansing Davis (Haley Pullos) and she thought they should cool things off and date around and see if they still felt the same way! TJ obviously did not agree – the two are legal age, so this is not asking permission, but approval and blessing from one’s parents is always nice!

Elsewhere, Dr. Hamilton Finn (Michael Easton) updates his younger brother Detective Harrison Chase (Josh Swickard) on the state of his love life! Chase is shocked to hear Finn says that he left Anna Devane (Finola Hughes)! As General Hospital viewers will recall, last week Finn and Anna got into a very serious argument over Anna’s covering things up for Peter August (Wes Ramsey) and he packed up his things and his daughter Violet Barnes (Jophielle Love) and moved out!

Meanwhile, Anna is talking to Peter, and something Finn said to her about Peter may have started to make sense to her – or she wants to confirm that Finn isn’t correct with his suspicions of him. She looks into Peter’s eyes as they sit somewhere at a table, and says, “What else is there you’re not telling me?” Or, maybe she can just tell that something is bothering him and trying to get him to talk about it to her – after all, she is his mother!

Nelle Benson Archer (Chloe Lanier), with fake passports and cash in hand from Valentin Cassadine, (James Patrick Stuart) is stopped in her tracks by Sam McCall (Kelly Monaco), who asks her, “Going somewhere?” Nelle’s next step on her agenda is to grab her son, Wiley Cooper-Jones aka Jonah Corinthos (Erik and Theodore Olson) and she doesn’t have time for what she will consider pointless questions from Nelle!

At Pozzulo’s, the Italian restaurant owned by Sonny Corinthos (Maurice Benard), he and Jason Morgan (Steve Burton) firm up some plans to protect Sonny and Jason’s families from Cyrus Renault (Jeff Kober) and his operatives. Sonny stresses to Jason that neither Cyrus nor the cops can see this coming!