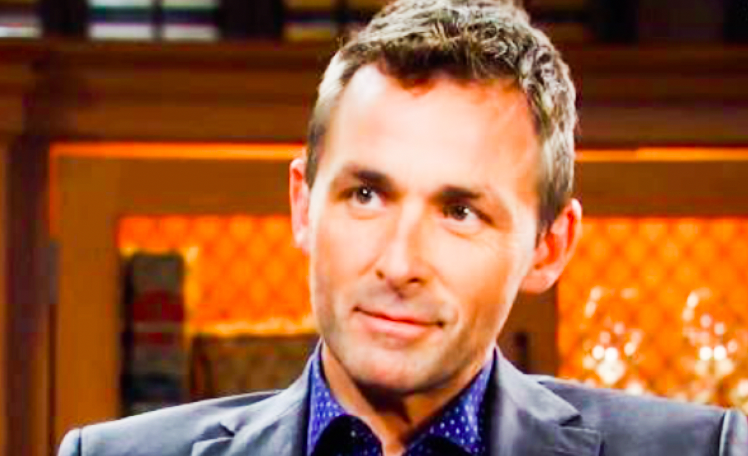 General Hospital spoilers for Tuesday, February 11 tease another exciting day of drama for GH fans with mysteries, suspense, and confrontations!

At the art gallery, Ava Jerome Cassadine (Maura West) assures her young apprentice Trina Robinson (Sydney Mikayla) that she knows exactly what she’s doing. It sounds like Trina may have taken some concern for Ava after her conversations with Josslyn Jacks (Eden McCoy) in Monday’s episode where Josslyn warned Trina to be careful around Ava. Ava appears to be letting Trina know there is nothing to worry about!

GH Spoilers – Valentin Cassadine Thinks His Troubles Are Over

At Kelly’s, Valentin Cassadine (James Patrick Stuart) and Lulu Spencer (Emme Rylan) have a meeting. Valentin is extremely self-confident as he tells a skeptical Lulu that in a couple of hours all of his legal troubles will be behind him! Apparently he is talking about the DNA test he is required to take that Nikolas Cassadine (Marcus Coloma) thinks will prove that Valentin is not a son of Mikkos Cassadine (John Colicos) and therefore the rightful heir to the Cassadine estate. Lulu is undoubtedly concerned about the child they share, Charlotte Cassadine (Scarlett Fernandez) who the meeting between the two is probably about.

Valentin’s DNA test is a hot topic in Port Charles, as Alexis Davis (Nancy Lee Grahn) updates Nikolas. She tells him if she’s not a match to Valentin since supposedly they are half-siblings on Mikkos’ side, then he’s not a Cassadine! This is the news that Nikolas hopes to hear, because if Alexis and Valentin’s DNA do not match, then the estate reverts to Nikolas and through him to his son Spencer Cassadine (Nicolas J. Bechtel)!

It looks like Dr. Hamilton Finn (Michael Easton) may be meeting with Jason Morgan (Steve Burton) and Sam McCall (Kelly Monaco) in his office at General Hospital. He tells them he will give them information that he knows about Peter August (Wes Ramsey). If the intel is good, it might help Sam get her parole problems solved once she and Jason get the intel to District Attorney Robert Scorpio (Tristan Rogers)!

General Hospital Spoilers: Nikolas And Ava Try To Outsmart One Another – Who Will End Up On Top? https://t.co/Evl8co9U6J pic.twitter.com/XzKu8wf9rn

Meanwhile, back at Anna Devane’s (Finola Hughes) home, Robert has buttonholed Peter and he looks like he is trying to gain Peter’s trust, hoping to get him to slip up on questions Robert plans to ask him. Robert appears to be taking Peter into his confidence as he tells him “this should stay between the two of us.” Peter is probably not stupid enough to trust Robert with confidence, he knows Robert is out to get him!

Elsewhere, Brook Lynn Quartermaine (Amanda Setton) talks to Sonny Corinthos, (Maurice Benard) asking him if there’s a chance. Question is, a chance for what – Sonny putting a hit on sleazy Linc (Dan Buran), her producer who has her tied up with a contract (and is connected to Valentin somehow!) or might she be talking to him about his father, Mike Corbin (Max Gail) and encouraging him to appreciate the time he has left from him?