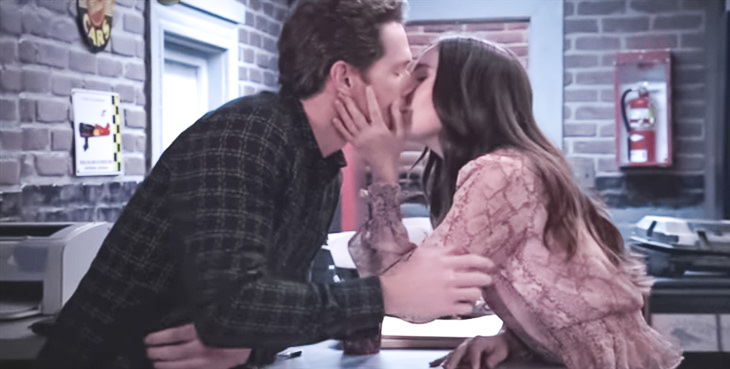 ABC General Hospital spoilers and updates suggest that some viewers believe that if Jordan Ashford (Briana Nicole Henry) hadn’t lied to Molly Lansing-Davis (Haley Pullos), the latter might never have slept with Brando Corbin (Johnny Wactor). However, other GH fans believe that’s a cop-out and a rank attempt to absolve Molly of her obvious guilt.

Those who have been keeping up with everything that’s been happening in Port Charles know that Jordan looked Molly straight in the eyes and then shamelessly lied through her teeth. She also acted like a bully to Molly, screaming and getting in Molly’s face. All in all, Jordan behaved pretty much like a Neanderthal and effectively broke up with Molly on her son TJ’s (Tajh Bellows) behalf. (Even though TJ never asked her to do such a thing.)

Of course, GH viewers know that Jordan was ostensibly behaving this way because she was scared out of her mind that Molly might discover the truth of TJ’s whereabouts. Molly might discover that the new drug kingpin in town, Cyrus Renault (Jeff Kober), was holding TJ hostage. Jordan couldn’t allow that because she would then out herself as someone under the control of that very same criminal.

For some, this fact alone absolves Molly of the actions she took after Jordan shrieked like a banshee at her.

Of course, the explanation above doesn’t fly for those who believe Molly ought to be held responsible for her own actions. After all, Molly is an adult. She chose after eight years of a faithful and supposedly loving relationship with TJ to sleep with Brando. Many GH viewers agree that normal people don’t do those kinds of things unless they’ve already been contemplating or fantasizing about getting out of their previous relationship for a long time. The problem here is that there was no indication that there was ever trouble in paradise between Molly and TJ at all.

Suggesting that Molly was frustrated, worried, and everything just piled up until she just needed about of between the sheets to stress relief … is pushing it, to say the least.

Now, quite frankly, most believe that the powers that be created a (totally stupid if the truth be told) situation where Molly behaved entirely out of character. Up until recently, Molly’s been level headed and responsible. Molly’s been portrayed as the most sensible out of all the Davis women. Molly’s a law student and she’s had zero issues with commitment (despite not wanting to marry TJ).

Yet, suddenly Molly does the horizontal tango with a stranger without even knowing what’s become of the man she’s been in a committed relationship with for almost ten years!

Some might agree that this isn’t Molly’s fault. Rather, GH fans should place the blame where it belongs … squarely on the shoulders of those who are jerking her character around with no regard for the need of the audience to suspend disbelief.