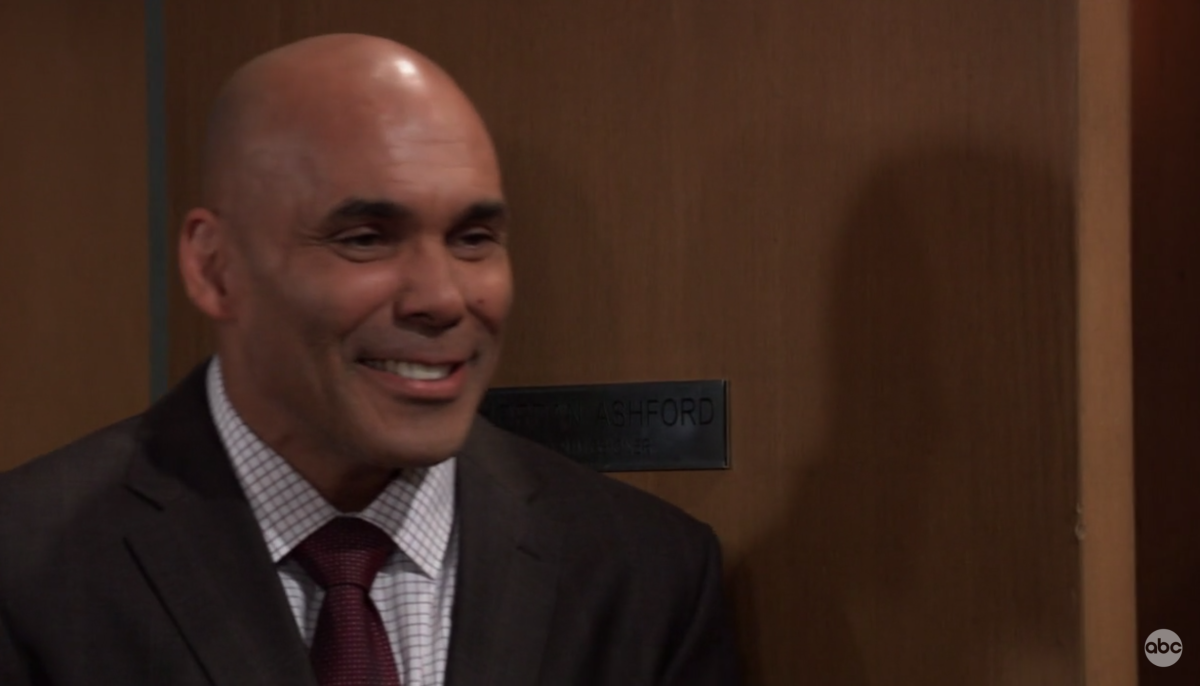 General Hospital spoilers tease that Lieutenant Marcus Taggert (Real Andrews) could have gone dirty cop and set up the coordinated attacks against Sonny Corinthos (Maurice Benard) and his family!

Taggert knew about Sonny’s planned trip to Manhattan to put his dad, Mike Corbin (Max Gail) into a Alzheimers’ trial, and he knew that Jason Morgan (Steve Burton) would be with him. He had showed up at Turning Woods and heard some conversations that were none of his business. He had been a cop with the PCPD before, so he knew about the Corinthos coffee warehouse. He had also grown up in Brooklyn, a protégé of Sonny’s abusive stepfather, Deke Woods (uncredited actor in flashbacks) who had mentored Taggert, but he knew nothing about what he was like behind closed doors with Sonny and his mother, so he has a longstanding vendetta against Sonny for his alleged murder of Deke, although it was actually Joe Scully, Sr. (Robert Miano) who killed him. He would have known Mike’s old hangouts, that Michael Corinthos (Chad Duell) is Sonny’s stepson, and since he was in the DEA, or Drug Enforcement Administration with Jordan after leaving Port Charles, he probably has all kinds of contacts he could use to keep eyes on Sonny and his family! He showed up right about the same time that coffee truck got burned, too!

Taggert came to Port Charles this time at the behest of Police Commissioner Jordan Ashford (Briana Nicole Henry) this time, who wanted his help with her private investigation into the death of their old boss, Bob Massicotte (Randy J. Goodwin). Taggert looked at the file and agreed that Bob would never have gotten into drugs and suspected the file had been doctored to cover up a murder. But the first thing Marcus did after checking in with Jordan was show up at Turning Woods, where he harassed Sonny and talked to Mike, who was of course confused but perhaps Marcus thought he could take advantage of him to trick him into giving him something that he could use to take down Sonny! Over twenty years, and he just can’t let his vendetta against Sonny go; and it still seems to affect everything he does! There are too many coincidences not to think that Taggert might not be behind the whole thing!

There is, however, one person who might know the truth about who really killed Deke Woods, and she might owe Sonny a favor. General Hospital viewers will recall that former DA Margaux Dawson’s (Elizabeth Hendrickson) mother, Jeanette Marino (Ely Pouget) was Scully’s lover. Sonny, with the help of Damian Spinelli (Bradford Anderson) and Sam McCall (Kelly Monaco) unearthed many love letters from Jeanette to her lover, Joe Scully, including one that she wrote about having Joe kill her husband, Vincent Marino (uncast character) who is still buried in the basement wall of Charlie’s Pub! They used those letters to show Margaux that Sonny wasn’t responsible for her father’s murder, which had led her to have a vendetta of her own. If it comes down to needing to show Taggert the truth about Deke’s murder in a similar manner to Margaux being shown the truth, Jeanette might be able to provide it!