General Hospital (GH) spoilers tease that Sonny Corinthos (Maurice Bernard) finally has a plan in place to deal with Cyrus Renault (Jeff Kober) . Now that he and Jason Morgan (Steve Burton) know that Jordan Ashford (Brianna Nicole Henry) is compromised, together they have come up with a plan to rid Port Charles of the drugs that Cyrus is peddling. But the plan involves a hit on Cyrus. Should Sonny tell the Mayor his plan?

As viewers know, Jordan and three of her colleagues at the DEO, including Marcus Taggert (Real Andrews) faked the evidence that got Cyrus locked up. The plan is for Jordan to expose the other three, so Cyrus will be freed from Pentonville. That way, Sonny can have Jason kill Cyrus without getting his hands dirty. It’s a risky plan on many levels, but Cyrus has kidnapped Jordan’s son, TJ Ashford (Tajh Bellow) and Cyrus will only free him once he’s out of jail. 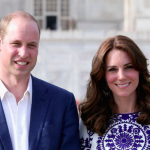 Sonny wants to bring Laura in on the plan

Sonny wants to tell his old friend, Mayor Laura Collins (Genie Francis) about the plan. But Jason is adamantly against it. If Laura is on it, then she’s guilty be association. It’s one thing to want Cyrus and his drugs out of Port Charles, it’s quite another to know about a planned hit, even if it’s of a drug pusher. Laura won’t likely allow Sonny to have anyone killed, especially if she knows about it. Besides, if Laura discovers Jordan was in on the original falsified evidence, she’ll have no choice but to take Jordan’s badge. Jordan could also end up in prison.

But Sonny and Laura are old friends

But Sonny won’t want to keep something like this from his old friend. But Laura is much different than her ex-husband Luke Spencer (Anthony Geary). Going along with something like this is not in her nature. While it’s true that Laura has killed before, it was in self-defense and her mental health suffered for years because of it. Sonny will hopefully take all of this into account before burdening Laura with all of this.

Is Sonny right in that he should tell Laura everything? Or is Jason right that’s it’s not a good idea to bring Laura into the loop. Only time will tell, so stay tuned to General Hospital airing weekdays on ABC. And don’t forget to check back here regularly for all your General Hospital news, information and spoilers!