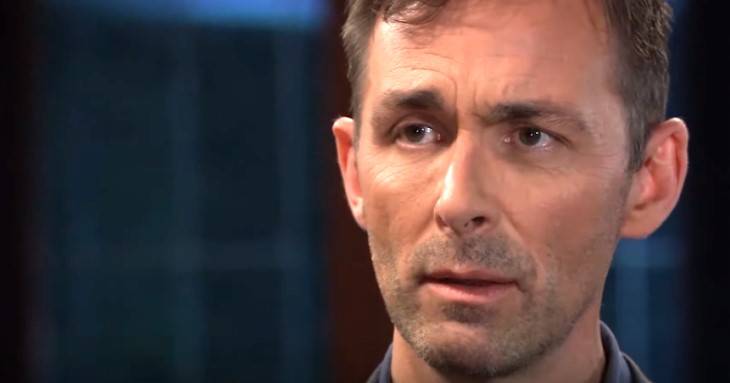 General Hospital (GH) spoilers suggest that Valentin Cassadine (James Patrick Stuart) may be making big moves all over Port Charles. The question for many GH viewers is precise “why.” Could Valentin simply be a good businessman, or is there an ulterior motive at play?

As GH viewers know by now, Maxie Jones (Kirsten Storms) and Sasha Gilmore (Sofia Mattsson) recently freaked when they became aware that they would be doing business with Valentin. Obviously, Lucy Coe (Lynn Herring) kept Valentin’s involvement a secret from both Maxie and Sasha.

In an effort to calm Maxie and Sasha, Valentin let the women know that everything was very simple. Valentin suggested that “Deception was in need of capital and I am always looking for a lucrative business opportunity.” Valentin then went on to note that he saw his involvement with the company as a win-win for everyone.

This still didn’t sit well with either Maxie or with Sasha. However, it wouldn’t do to lose a major shareholder or a brand new VP all in one day. Valentin, therefore, assured Maxie that as an angel investor, he was a silent partner in the company. “I’m writing checks behind the scenes.”

As some GH viewers probably know, silent partners don’t usually have the power to make any of the business decisions that guide the company.

While Valentin didn’t come right out and declare his intentions for Deception, GH fans may be able to guess. Knowing that his ex-wife heads up Crimson, Valentin may be about to use Deception as a vehicle to compete with Nina Reeves (Cynthia Watros) in one manner or another.

Alternatively, Valentin may be trying to shore up his image. While everyone knows that he is a savvy businessman, perhaps Valentin plans to use his investment in Deception to aid him in getting Nina back. There are, after all, GH fans who believe Valentin only has two people that he actually loves. Nina is one of those two.

With that said, another wild theory shows Valentin using his interest in Deception as part of a plot to satisfy his grudge against the Quartermaine family … in particular Michael Corinthos (Chad Duell).

While Sasha was adamant about her misgivings concerning working with Valentin, GH viewers watched become taken aback when Valentin said that they worked well together at one time. Of course, Valentin had paid Sasha to pretend to be Nina’s daughter at one point.

Could Sasha’s presence have been a deciding factor as to whether Valentin became an angel investor for Deception or not? What might happen if Valentin reveals to Nina that Sasha is indeed her daughter, that he is a major shareholder in Deception, and that he wants her back?

GH fans can only imagine what a full-on merger between Crimson and Deception might look like with Nina and Valentin together again as the new power couple in Port Charles!