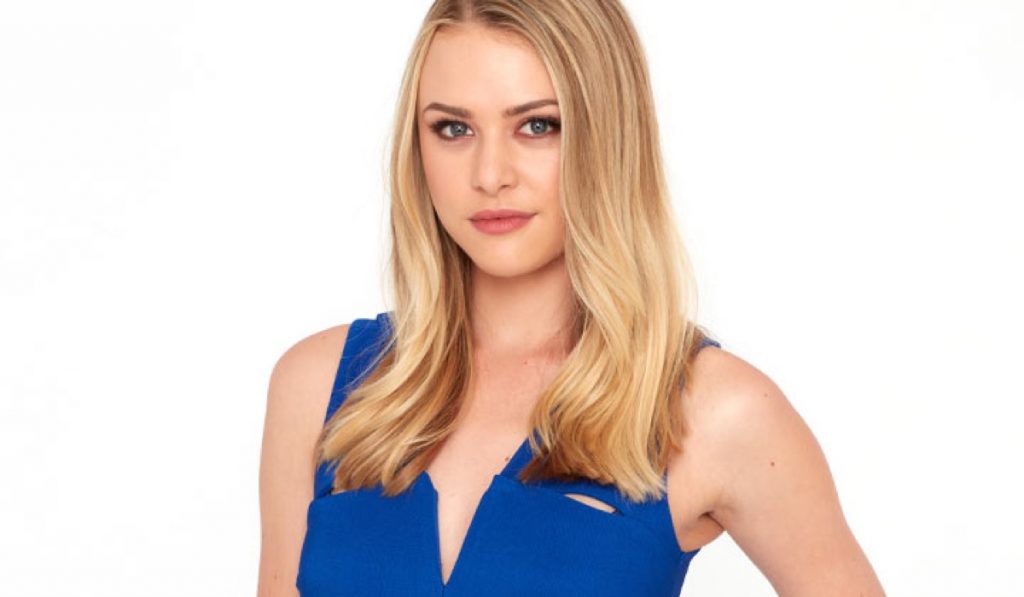 Hayley made Manny’s day by reprising a former Modern Family role on ABC.

Hayley Erin reprised her role as Brenda Feldman in the popular family comedy Modern Family. She was spotted on January 15, 2020 and naturally caught Manny Delgado’s eye.

Hayley Erin first appeared in ABC’s Modern Family in the pilot episode back in 2009. It was a pleasant surprise for the comedy’s fans, as well as fans and followers of The Young and the Restless and General Hospital when she returned to the show on January 15.

She was pretty young when she first appeared in 2009, but now her character, Brenda Feldman, is almost grown up. Now 16, Brenda works at Fotofun in the local mall. Manny Delgado (Rico Rodriguez) was enjoying a school soccer match when he sees Brenda go cycling by, and in true Manny style fell totally in love with her.

Manny writes a poem for Brenda and decides to go to the mall where she works to give it to her. Step-dad Jay Pritchett (Ed O’Neill) tries to dissuade Manny from giving her the poem, even going so far as to bribe him. However, in true romantic style, his mom, Gloria Pritchett (Sofía Vergara) encourages him to do it.

On arriving at Fotofun, Manny reads the poem to Brenda, but is crushed when she says he has a boyfriend. However, she gifts him with a framed photo of him playing a cowboy.

In other Modern Day news, Phil Dunphy (Ty Burrell) visits his dad on hearing some worrying news. Meanwhile, Jay finds a lot of Claire (Julie Bowen) and Mitch’s (Jesse Tyler Ferguson) childhood memorabilia and decides to give it to them. This causes them to rethink their first family vacation and their current memories of that time.

Hayley Erin has previously played Kiki Jerome on General Hospital, as well as Abby Newman on The Young and the Restless. Besides her appearance in Modern Family, Erin currently plays Taylor Hotchkiss on Pretty Little Liars: The Perfectionists.