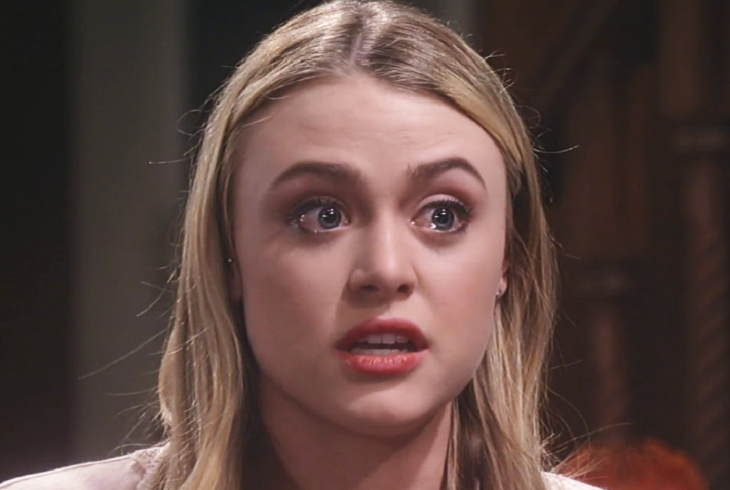 Hayley Erin, who portrayed Kiki Jerome on “General Hospital,” had been quiet on social media after she left the soap and before she officially debuted on the primetime series “Pretty Little Liars: The Perfectionists.” Now, she opens up about her character being killed on GH and her new adventure in prime-time.

In an interview with Soaps In Depth, Erin admitted that she was pleased Kiki was killed off instead of recasting the character. “I take it as a compliment they didn’t want to bring in another Kiki,” she said.

Erin also revealed that she has not yet watched the funeral for Kiki, although she watched all the episodes with Maura West, who portrays her on-screen mother, Ava Jerome.

General Hospital News – Erin Thought She Would Relish It

“Leading up to this, I thought I was going to relish in it. ‘I’ve cried over graves. Now I want to watch you cry over my grave!’ But it’s so not like that. It’s genuinely sad for me,” she told the publication.

MUST WATCH General Hospital Preview Video Friday, May 3: Jason Insists Sam’s DoD Pledge Should Be About Him, She Doesn’t Trust Shiloh

But while her character’s death is a sad event, Erin said she liked that it worked for the story and that she can now move on to the next chapter, which is “The Perfectionists.”

Erin currently portrays a main character on “The Perfectionists,” named Taylor Hotchkiss. Taylor is the eldest child of the Hotchkiss family who faked her death to secretly work against Hotchkiss Technologies.

Erin describes her new character as a badass that viewers would either love or hate. “She is apologetically driven and will do what she’s going to do. I love her, personally!”

“Any person of any age who watches GH will love THE PERFECTIONISTS,” Erin said. “It’s a teen murder-mystery soap opera with storylines involving college professors and students. It’s edgy, sexy and dark. But it’s still funny.”

Erin is happy with her prime-time project, and if she has her way, she would definitely love to return for another season. She said that the people on “The Perfectionists” are great to work with, the location, Portland, is beautiful.

“It was a lot of work, especially toward the end, but I felt like I was at camp. I can’t wait to go back — hopefully, fingers crossed, knock on wood!” she added.

Days Of Our Lives Spoilers: Will And Sonny Get Bad News From Kayla