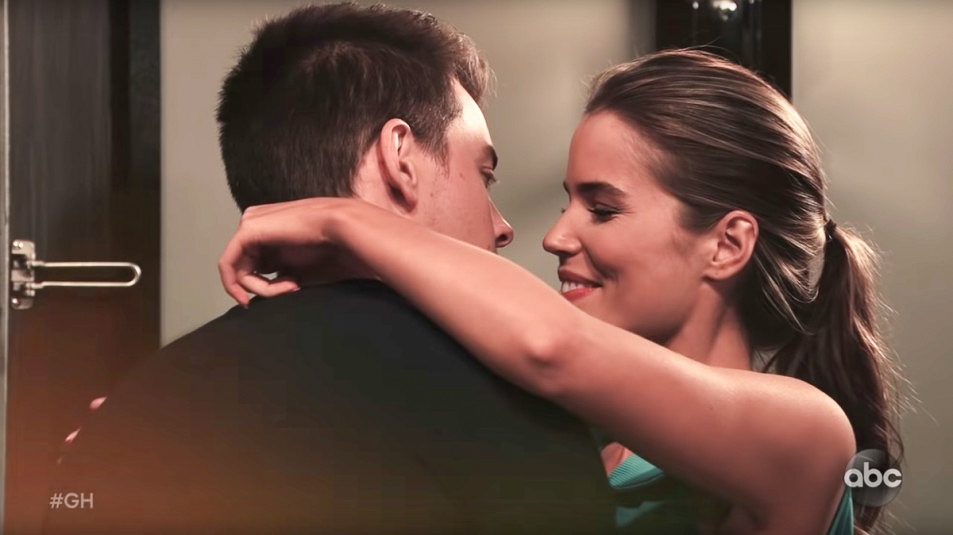 General Hospital spoilers tease that Sasha Gilmore (Sofia Mattsson) will have an idea that might solve Michael Corinthos’ (Chad Duell) marriage problem in an upcoming episode of GH!

General Hospital viewers will recall that Attorney Diane Miller (Carolyn Hennesy) had advised Michael that the family court likes to see two, stable, working parents in child custody cases, and they should be married, which shows stability better than a couple shacking up.

However, after he had proposed to Sasha and she had accepted, Diane put a kibosh on their marriage, saying that Sasha’s past of committing fraud by playing the part of Nina Reeves’ (Cynthia Watros) long lost daughter would hurt the case. So Michael and Sasha had to go back to square one to try and solve the problem, although Michael being married to someone else could complicate his relationship with Sasha, to say the least, even if she did understand and whoever the wife understands it’s a marriage of convenience that can be annulled once Wiley Corinthos (Erik and Theodore Olson) is safely in Michael’s permanent custody!

So, again, Michael and Sasha brainstorm and Sasha comes up with an idea – which might work, if they can get two other people to agree that they will participate in the plan! The one person is Michael’s potential bride of convenience, and the other person is her serious boyfriend, who has not been fond of Michael’s insistence on her being in Wiley’s life, to begin with! He told Michael in a recent General Hospital episode that he had been messing with her head by staying involved with the baby!

Michael and Sasha meet with Detective Harrison Chase (Josh Swickard) and Willow Tait (Katelyn MacMullen) to present their “proposal”. They explain that while Michael and Sasha will still be together, but secretly, Michael has to have a legal marriage to another young lady who the family court would approve of to be a stepmother to Wiley.

General Hospital Spoilers: Cyrus Renault Is Calling Shots from Solitary Confinement – Is There a Plant at PCPD? #GH #GeneralHospital https://t.co/IS0dVSCxg1

Diane Miller may be in on this meeting too, to give legitimacy to the request and also to make sure she thinks the court will approve, just in case the family court would have a problem with Willow’s itty bitty little time spent in jail, and Willow’s past in Dawn of Day. However, that may be overlooked considering that for over a year, Wiley was thought to be Willow’s natural child, and she his birth mother who had given him up for adoption in order to protect him, and she had left the cult of her own volition.

This could work in their favor were Michael and Willow to get married, because Willow would do anything to protect Wiley as if he really were her own, and there are plenty of provable instances to cite to the family court. There does appear to be a wedding with both Michael and Chase involved, as Josh Swickard posted a photo of them leaving the Prospect Studios parking garage, which is probably near the ABC studios, and he joked, “This is what happens when we don’t call each other before work to make sure we don’t wear the same outfit… dangit Chad” and Chad Duell replied, “My bad!”

They are missing their tuxedo coats, but unless they are both moonlighting as waiters somewhere, they do look wedding-ready! It looks like either Michael gets married, possibly to Willow, and Chase could either be getting married to someone else or maybe he is the best man!

The Bold and the Beautiful Spoilers: What’s Keeping Katherine Kelly Lang Busy When Not On B&B?

The Young and the Restless Spoilers: Billy And Lily Become Business Spouses – Will This Relationship Work?