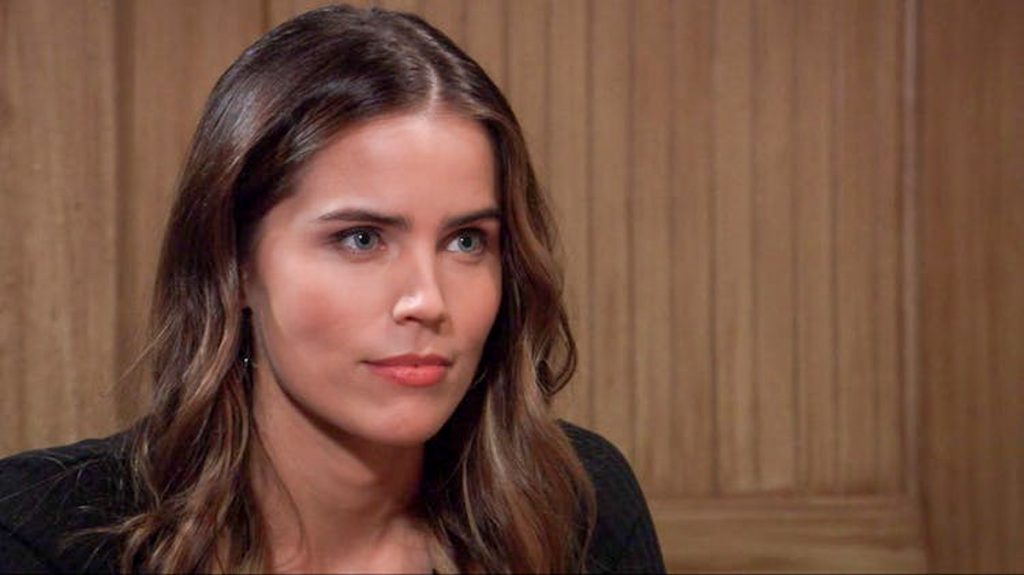 General Hospital spoilers tease that Sasha Gilmore (Sofia Mattsson) will confide in Willow Tait (Katelyn MacMullen) that she’s not up to being a mother to Wiley Corinthos (Erik and Theodore Olson) in an upcoming episode of GH!

GH Spoilers: Sasha Gilmore Already Talked To Detective Harrison Chase About Motherhood Not Being On Her Radar

General Hospital viewers will recall from a recent episode when Sasha and Detective Harrison Chase (Josh Swickard) were waiting for Michael Corinthos (Chad Duell) and Willow Tait (Katelyn MacMullen) to show up at the Floating Rib while Michael met with Attorney Diane Miller (Carolyn Hennesy) and Willow had left earlier, ending up at Nina Reeves’ (Cynthia Watros) office. Sasha confided in Chase that as much as she wants to support Michael right now, she wasn’t sure that she was ready to be a mother. And now she finds out Michael has been advised by his attorney that he should get married to prove that Wiley will have a stable two-parent home! Sasha certainly doesn’t want to lose Michael – but she is not at all sure that she wants to gain Wiley as a full time stepmother! She loves the little guy as long as she isn’t the one who has to raise him!

It is just plain bad timing for Sasha to take on being Wiley’s fulltime stepmother no matter how much she loves both Michael and Wiley! She just is getting started in her modeling career, she is the new Face of Deception in Lucy Coe’s (Lynn Herring) revived cosmetics company, and she is part owner of it – she had demanded that of Lucy in exchange for being her model! She also has a deal cooking with Nina Reeves and Crimson Magazine, and Nina told her recently that they are on the brink of something big, businesswise! As a model and spokeswoman for the company, she will be required to sometimes travel – and they could have photo shoots anywhere in the world.

Longtime General Hospital viewers will recall a few years ago that Crimson, and Nina, traveled to Morocco simply for a photo shoot for a magazine, and that is halfway around the world; Deception Cosmetics and Sasha, as the Face of Deception could be required to make trips like that on sometimes the spur of the moment! Imagine trying to do that as the mother of a toddler! It is this exact reason that Sasha will also confide in Willow that she is not ready to be a mother to Wiley and that Michael needs Willow’s help even if Willow doesn’t feel it’s healthy for her – it may be a matter of Wiley’s safety and who raises him!

Days of Our Lives Spoilers: Nicole Learns The Truth About The Baby Swap – Determined To Get Eric Back