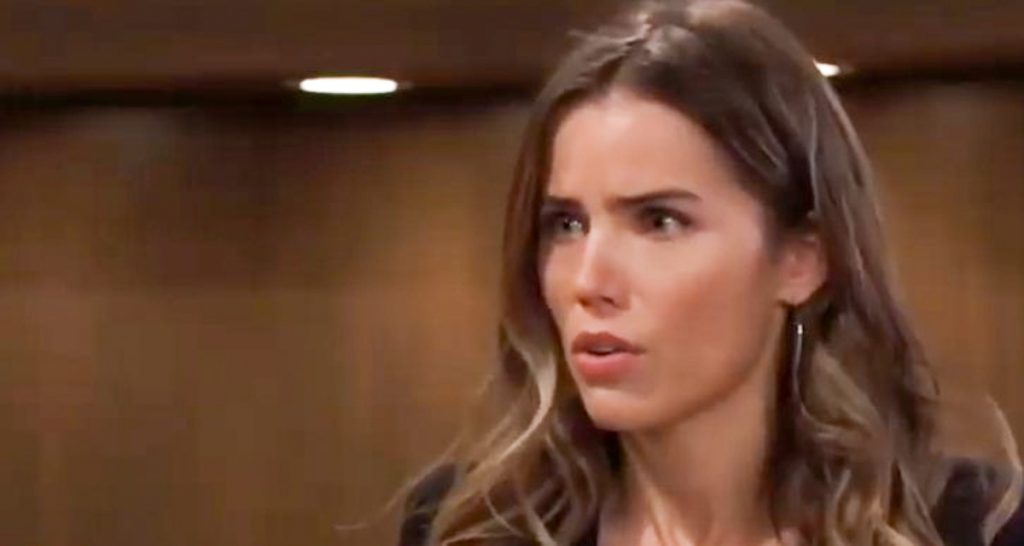 General Hospital spoilers tease that Sasha Gilmore (Sofia Mattsson) will be encouraging to Liesl Obrecht (Kathleen Gati) about her turning over a new leaf in upcoming episodes of General Hospital!

General Hospital Spoilers – Liesl Obrecht Has Always Been The Bad Girl, But Now She Wants To Be A Good Girl

Liesl has always been the bad girl, but now she wants to change herself, turn over a new leaf, and be a good girl; mainly for her grandson, little James West (Kyler and Caleb Ends). She doesn’t want her grandson knowing his grandma as an evil, obsessed woman out for revenge or to please his late just as evil grandfather Cesar Faison (Anders Hove)!

It may not be easy for Liesl to fight against her urges for revenge and deceit at her age, but she is going to do her darndest to try! Neither will it be easy for her to convince others that she is trying to change or that she has changed, considering all the wrongs she has done in her life. But she has one person who will be strongly on her side and encourage her to build a new reputation, even if she can’t completely eradicate the old one; and that’s Sasha Gilmore!

Sasha knows exactly what it is like to try to overcome a bad reputation and to make up for lies and mistakes in her recent past. She will pay forward the same grace to Liesl as Michael Corinthos (Chad Duell) has to her, seeing past her mistakes into her heart. Now, with Liesl, it will be more difficult because she does have evil tendencies more than Sasha, but it can be done with persistence and stubbornness applied to changing oneself, and as General Hospital viewers know, Liesl is nothing if she’s not persistent and stubborn!

After all, it’s not the persistence and the stubbornness that are bad, it is the things the persistence and stubbornness are used on! It may take a long time and a lot of good deeds to even try and outweigh the bad ones, but Sasha will encourage Liesl that eventually people will forget. After all, look how far Franco Baldwin (Roger Howarth) has come; and poor Liesl doesn’t even know her old friend is back to being himself again yet! He will be another staunch supporter and encourager of Liesl to persevere in proving to people that she has indeed changed for the better!

However, Liesl’s journey of self-discovery, culminating in her decision to fully turn over her new leaf won’t be without opposition – her past will come back to haunt her as she tries to outrun it. But that is to be expected, when one has led an evil, manipulative life for so long.

There are just certain things that she cannot take back and cannot go back and change, and that people will tend to hold against her. But as long as it’s not past criminal accusations and crimes that catch up with her, she should make it with a little help from her friends!

The Young and the Restless Spoilers: Will A Newly Single Nick Reunite With Phyllis Or Sharon?