Good news for “General Hospital.” The most recent ratings revealed that the soap closed out 2019 with a bang, thanks to the boost on the ratings of the ABC drama.

The latest Nielsen ratings, which ended last December 29, showed that “General Hospital” landed second in the most coveted category, which is the women demographic between the ages 18-49. It earned 0.43 in the category that’s most attractive to advertisers.

“The Young and the Restless” topped the list with a rating of 0.46. Meanwhile, “The Bold and the Beautiful” landed third with 0.39 while “Days of Our Lives” came in fourth with 0.33.

For those who are asking what pushed the show to second place, it’s most likely the special holiday-themed episode aired during that week. 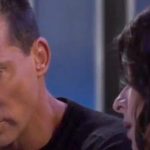 General Hospital Spoilers – What Happened During The Week of December 29

Viewers may recall that “General Hospital” aired a special holiday episode that featured Michael Easton as Scrooge on its take on Charles Dickens’ “A Christmas Carol.” The sudser also aired a rebroadcast of Kevin Collins (Jon Lindstrom) and Laura Spencer’s (Genie Francis) marriage from back in 2017 wherein the latter’s mother, Lesley (Denise Alexander), reappeared.

Meanwhile, Tracy Quartermaine (Jane Elliot) also returned to Port Charles for the holiday season and as expected, she immediately tries to renew her relationship with the Quartermaine family members using her caustic wit. She was also shocked to see the massive changes in the mansion.

Elsewhere, Sonny Corinthos (Maurice Benard) invited Gladys Corbin (Bonnie Burroughs), Mike’s cousin, to his home for the holiday. Nelle Benson (Chloe Lanier) was able to interact with people from her past including, Willow Tait (Katelyn MacMullen), Michael Corinthos (Chad Duell), and baby Wiley/Jonah (Erik and Theo Olson) after she was admitted to “General Hospital.”

The past week, which ended on December 22, the soap tied with “The Young and the Restless” for the top spot in the same demographic, women 18-49 category. Both of the shows earned 0.47 ratings.

Going back to Nelle’s dilemma on Pentonville, she tries to become a model prisoner even if she can find a way to escape, thanks to the place’s less than effective security system. Nelle’s pressuring Martin Gray (Michael E. Knight) to find a way to get him out legally.

What about her problem in getting back Wiley or Jonah? To start off, she needs to direct the blame away from her once the baby swap news is exposed. Is there a way for her to set the “Wiley” reveal in motion and pin the blame on someone else? “General Hospital” spoilers hint that she’ll have some wild moves in 2020. Fans have to tune in to find out.