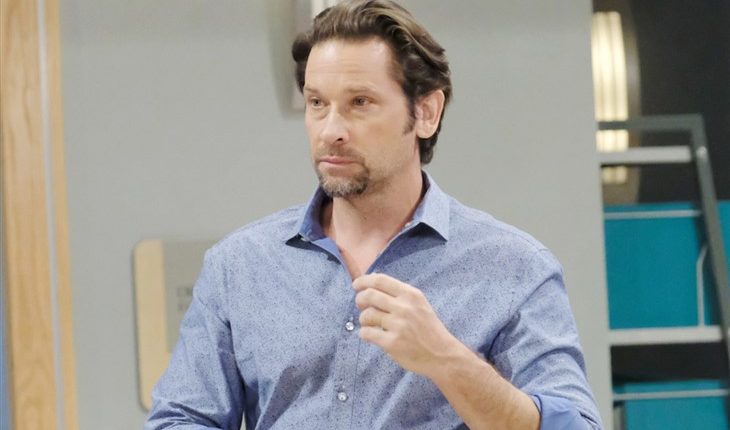 General Hospital spoilers show Franco Baldwin (Roger Howarth) and Nina Reeves (Cynthia Watros) were a hot item at one time. Franco shot himself up with LSD to stay in a mental institution with Nina. Nina and Franco didn’t break up because they fell out of love. Could they reunite if given the chance?

General Hospital fans loved Franco with Nina. However, the two separated over Nina’s desire to have a child. Franco then got into a relationship with Elizabeth Baldwin (Rebecca Herbst), a mother with three kids, and married her. Nina and Franco were surprisingly popular couple and fans wanted them to stay together. However, Franco was afraid to have children because of his past. Franco ended things with Nina saying he could never give her what she wanted, then they both moved on.

General Hospital’s Liz has never made a habit of being faithful to any man that she has been with. Liz had a torrid affair with Nikolas Cassadine (Marcus Coloma) years ago while married to his brother Lucky Spencer (Jonathan Jackson). Now that Nik has been gone for several years and has returned from the dead, they could rekindle their relationship. Nik has been trying to rekindle his friendship with Liz. If Liz and Nik become friends again, they could certainly become lovers again. Franco seems to sense the closeness between the two enough to be nervous about them.

General Hospital’s Nina and Franco actually have some unfinished business. Now that Franco is married to a woman that has three kids, Nina deserves answers. Nina deserves to know how Franco can be a stepfather to Liz’s children but refused to have a child with her. Nina didn’t ask for much from Franco but a child was too much. However, If Liz cheats on Franco, it is highly possible that these two will reconnect.

If Liz and Franco separate, will he go after Nina again to try and rekindle their relationship? Is there any hope of a reunion between Franco and Nina? Would Nina and Franco still be popular after how he treated her over the desire to have a child?

GH Spoilers Updates – Could Nina Reeves’s Child Bring Them Together?

General Hospital’s Franco believed for years that Ava Jerome’s (Maura West) daughter Kiki Jerome (Hayley Erin) was his child. After Franco found out the truth, he still continued to be a father figure for Kiki after her father’s untimely death.

If Nina finds her biological child, Kiki would be their half-sibling. Will Franco be pulled toward Kiki and Nina because of this newfound relationship? Could Liz cheat and push Franco right into Nina’s empty arms and bond with her again over her child?

General Hospital’s Franco and Nina could be a refreshing change instead of Nina with Jasper Jacks (Ingo Rademacher). Will we see the two back together soon?

TLC ’90 Day Fiance – Happily Ever After’ Spoilers: Will Elizabeth’s Wedding Dress Be Modest Enough Even With The Stole?