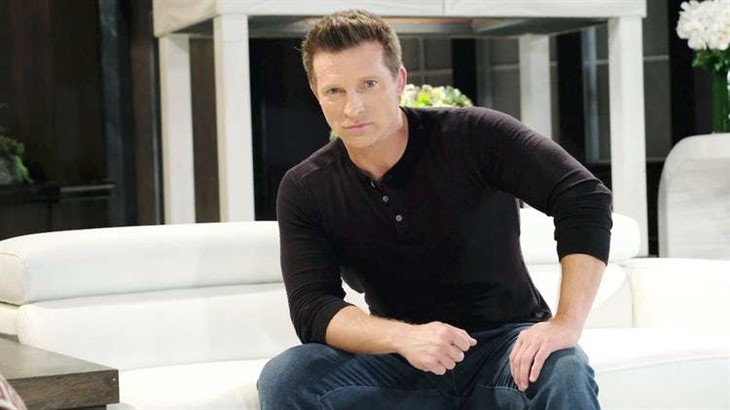 ABC General Hospital spoilers reveal that Emmy Award winner Steve Burton (Jason Morgan) has had quite a storied daytime drama career which includes plenty of onscreen romances! He recently spoke to the Soap Opera Digest podcast Dishing with Digest and revealed some fascinating insights into his decades-long career as well as some fun takes on his costars through the years.

Today Steve is famous for his role as GH’s Jason “Stone Cold” Morgan and many remember him as The Young and the Restless’ Dylan MacAvoy. It may surprise you to know that he was in a third soap, Days of our Lives which marked his daytime drama debut. The year was 1988 and he starred as a character named Harris. He recalled those days fondly saying, “It was cool. Everybody was nice. It was fun. It wasn’t easy. And I still couldn’t act!”

We don’t know about that, but what is certain is that he is now a well-regarded, popular and Emmy Award-winning star in the daytime firmament.

GH Spoilers – What Was It Like For Steve Burton To Work With Kimberly McCullough?

The romantics pairing of Jason with Robin Scorpio (Kimberly McCullough) still stands out in many fans’ minds. What stands out to him was that both of them worked hard to bring the love story to life and he says that he’s happy for her new directing path and that they will always be friends.

He was also involved with Elizabeth Webber (Rebecca Herbst) on GH. According to Steve, “We had great chemistry and it worked. We had great storylines.”

Of course, the standout romance for Jason on GH is the one he has (had?) with Sam McCall (Kelly Monaco). It all began back in 2004 and fans have been able to relive some of their early romance through the flashback episodes that the show is now airing. Steve notes that working with Kelly involved a “wonderful, wonderful, wonderful trust and working relationship.”

Steve took a side trip to Y&R’s Genoa City for a bit, and he admits, “You know, I know a lot of people didn’t like it.” He shared that he was actually threatened on Twitter after the move.

But he recalls that he needed the break and he very generously says that fans, “may forget that actors were born to do different things.”