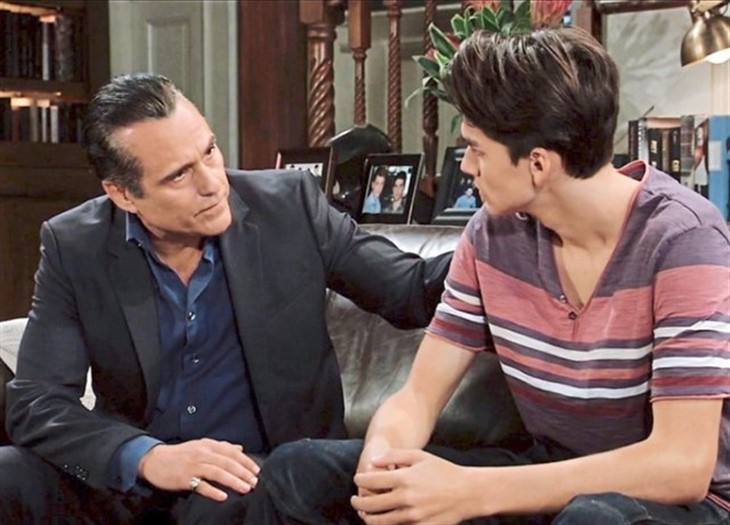 ABC General Hospital’s Sonny Corinthos (Maurice Benard) invited his young friend Dev Cerci (Ashton Arbab) to move in when he arrived unannounced in Port Charles. Dev has been accepted as a member of Sonny’s family and now he has violated everyone’s trust. Will Dev turn to Cyrus Renault (Jeff Kober) after Sonny explodes over Dev’s invasion of Jocelyn Jacks’ (Eden McCoy) privacy?

General Hospital’s Jocelyn believes that Dev is her friend and she trusts him. However, Dev is jealous of Jocelyn’s attraction to Cameron Webber (William Lipton) and has decided to sabotage any relationship they could have.

Unfortunately for Dev, his efforts to cause Jocelyn to turn to him will backfire when his deception is discovered. Once Dev has violated Jocelyn’s privacy, she is not going to be comfortable with him being around. Jocelyn could even threaten to move in with her dad because of this. What will Sonny and Carly Corinthos (Laura Wright) do to stop this?

General Hospital’s Sonny will be furious with Dev then the truth comes out. Sonny has given Dev a family and a home. Sonny has protected Dev when he said people were trying to kill him. Sonny and the rest of his family have treated Dev like one of their own. Sonny will not be happy that Dev has betrayed everyone’s trust. It is very likely that Sonny will threaten to send Dev to boarding school.

General Hospital spoilers show Sonny has done everything he could to make Dev happy but now that he has hurt Jocelyn, things will change. Will Dev accept Sonny’s need to send him away? If Dev doesn’t agree to board school he will probably decide to run away. Cyrus will be eager to take advantage of this in hopes of turning Dev against Sonny. Will Dev turn against Sonny because of this riff?

General Hospital’s Cyrus would love for Dev to turn against Sonny. If Cyrus can use Dev to get to Sonny he will certainly do that. Dev isn’t likely to have any important information about Sonny’s business. However, Cyrus could turn on Dev and use him against Sonny. Sonny is fond of Dev enough though he will be upset with him. Sonny would definitely step up to help save Dev from Cyrus. Will Dev survive if he gets tangled up with Cyrus? Will Sonny be forced to send Dev away to save him?