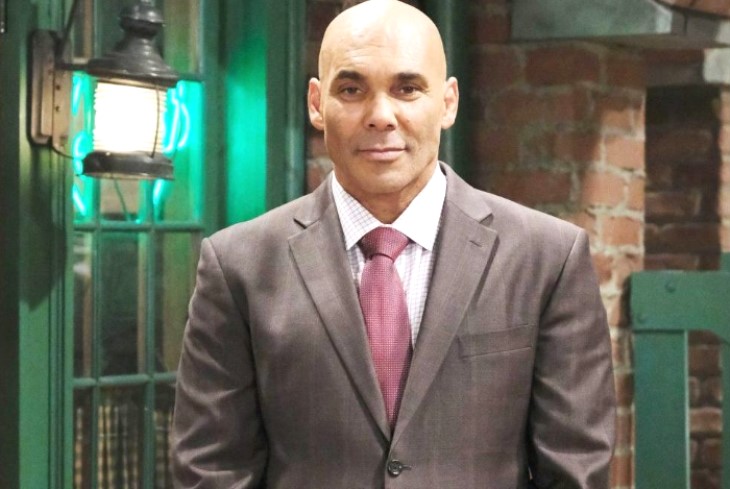 General Hospital star Real Andrews (Marcus Taggert) is handsome, intelligent and a great actor—in other words, a great catch! But he’s also got tons of other talents away from the cameras and this one particular hobby you’ve got to see to believe!

Real may be gone from our screens as Taggert, but he’s still sharing the love with the legions of fans who followed his career on GH. Many of those fans refuse to believe that Taggert is really dead. What do you think, are we about to see another incarnation of the amazing actor in Port Charles?

It’s hard to really know what TPTB have in store for the character of Marcus Taggert. In soaps, death is just a temporary lull. There is always a new heart to be harvested, a magical chip that can be implanted, or a life-saving potion to down.

GH Spoilers – But For Now, You Can See Taggert’s Portrayer Is All Of His Glory On His Instagram Page.

Real has posted a marvelous pic of himself enjoying one of his favorite pastimes which he captioned, “Fish 🎣 on💜💜💜.”

The pic reveals Real showing off a huge fish which he has just caught. He could not look more pleased with his catch, and deservedly so.

His fans were impressed by Real’s skills, with one posting, “Nice catch!🎣 I love to go fishing its so relaxing! I cant wait to go fishing again! I guess it’s TRUE what they say….you dont know what you got till it’s gone! Stay well!😁👍.”

Another fan wrote, “Wow!!! I need to go fishing with you. Amazing.”

Real may be having too much fun fishing and just enjoying life in general to consider an immediate return to GH. In his pic, he looks ultra comfortable and relaxed in dark shades and a hoodie.

General Hospital Spoilers: TJ In Danger, Remembers Who Kidnapped Him – Jordan Fights To Save Son From Mobster? https://t.co/MCVv3NwXlX pic.twitter.com/gLXC3BKvzg

But you never know what TPTB have planned. If it were up to the fans, Taggert would be back in Port Charles raising his daughter Trina Robinson (Sydney Mikayla). She is not doing well following his gruesome death at the hands of mobster Cyrus Renault (Jeff Kober).

What do you think soap fans, will Marcus Taggert make a stunning surprise return for May sweeps?

Emmerdale Spoilers: Eden Taylor-Draper Refuses To Watch Herself On Emmerdale – Thinks Seeing Herself On Soap Is weird