Emmerdale Spoilers: Eden Taylor-Draper Refuses To Watch Herself On Emmerdale – Thinks Seeing Herself On Soap Is weird 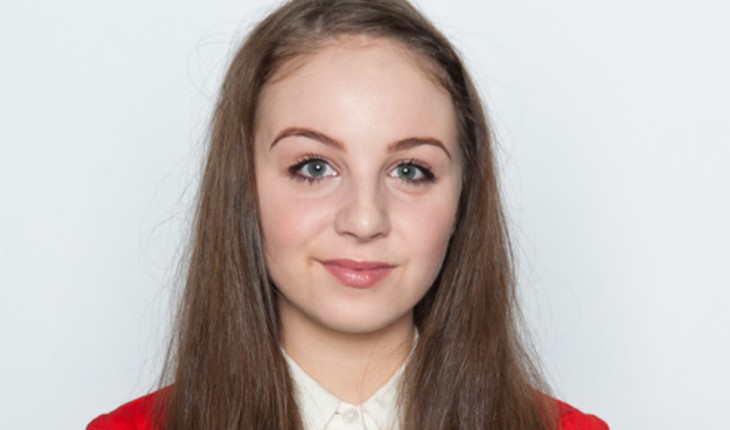 Emmerdale Spoilers suggest that Eden Taylor-Draper who plays Belle Dingle does not like watching herself on TV. Eden had revealed that she does not keep up with the show Emmerdale on a regular basis. She says that seeing herself on the screen is strange for her. She told Inside Soap “I don’t often watch myself on the show. I don’t watch Emmerdale every night, but I catch up when there’s big stuff, or I see clips on Twitter. If I ever see myself, it’s weird. I don’t really associate it with me.”

Emmerdale Spoilers – Who Does Eden Taylor-Draper Hang Out With?

She would go on to talk about her co-stars and she told Inside Soap about the co-stars that she hangs out with while they are waiting to film the next scene. She explained that she likes to hang with Emma Atkins a lot in between scenes she also hangs out with Izzy Hodgins and Laura Norton. She also mentioned that she shares a dressing room with them. They also go out for dinner and other fun activities sometimes.

She also mentioned, “The most fun scenes to the film are with people like Tony Audenshaw because he’s just a legend! I also love scenes with James Hooton as Sam – he’s hilarious. Then I love it when Roxy Shahidi is in with Amy Walsh because they’re just such a laugh together.”

Eden is currently in a storyline with Alexander Lincoln. Her character is currently having an affair with Jamie Tate (Alexander Lincoln). The two have confessed their love for each other and are continuing the affair behind Andrea’s back. However, The storyline will soon come to a head next week when Andrea Tate (Anna Nightingale) discovers that the affair is going on. However, Andrea does not address Jamie and Belle right after.

Next week, viewers will get see Eden’s current storyline continue to escalate further as Andrea learns the secret about Jamie and Belle’s affair and makes a decision for herself of what she wants to do next. What do you think about Eden’s confession about not watching Emmerdale on a regular? Are you looking forward to her storyline progressing next week? Be sure to catch up on everything happening with the soap right now. Come back here often for Emmerdale spoilers, news, updates, and rumors!

Emmerdale Spoilers: Andrea Catches Jamie And Belle In The Act – Left With A Heavy Burden