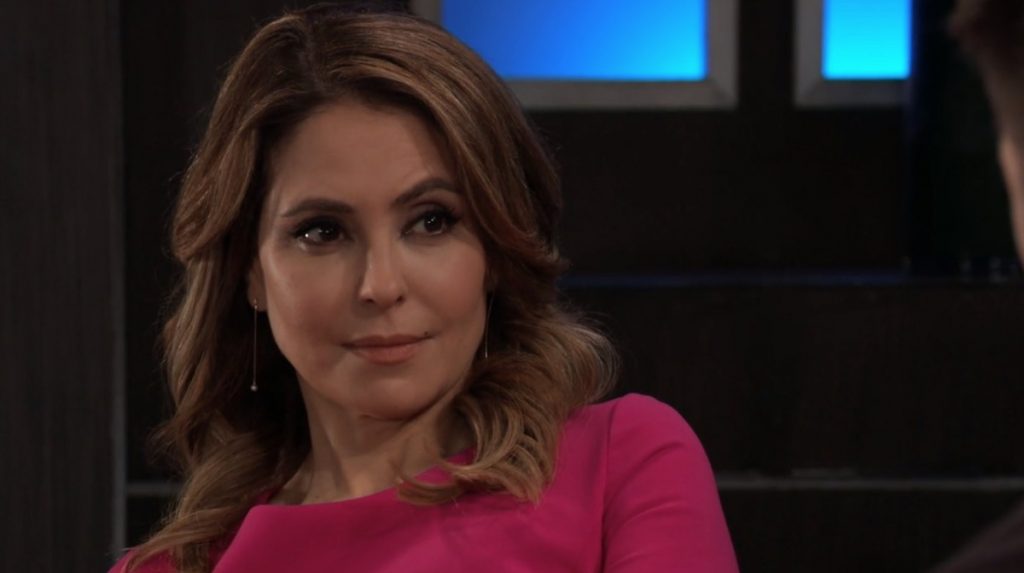 General Hospital (GH) spoilers hint at Olivia having a talk with Lulu Spencer-Falconeri’s (Emme Rylan) boyfriend, Dustin Phillips (Mark Lawson), on the week of the 25th of February. Olivia Quartermaine (Lisa LoCicero) has been having a hard time seeing Lulu moving on with Dante Falconeri (Dominic Zamprogna). Still, it seems like on the week of the 25th; she will be having a talk with Dustin that may have to do with Lulu.

Dante and Lulu’s relationship came to an end once he came back to Port Charles from his work undercover after Sonny came looking for him. By then, Dante had been deep undercover within a crime organization and had been through a lot. When he came back to Lulu, he soon realized that he was suffering from PTSD, and to keep his family safe, he decided to go into a clinic that was supposed to help him, and he later sent divorce papers.

Olivia has been missing Dante ever since he left due to his PTSD that he got from his undercover work. It has been hard for her to see life go on after Dante left, especially since she has to see Lulu moving on with someone new. Olivia has expressed her discomfort in seeing Lulu with someone else to Ned Quartermaine (Wally Kurth), and she knows that Lulu is trying to move on, but she still finds it hard seeing someone take the place of her son.

No one would blame Lulu for moving on, and Dustin is the right candidate as well. Lulu and Dustin have been growing closer ever since they met. Lulu has had her concerns since every time they meet up, something crazy happens. In a conversation, Lulu tells Laura that she was nervous about Dustin being a hero in a lot of situations. However, she was reminded that Dustin and Dante are not the same and that she shouldn’t work about having to lose Dustin the same way she lost Dante. She was correct about that, cause the next time Lulu met with Dustin, he mentioned that he would like a quiet evening without all of the crazy situations as well, which was reassuring for Lulu.

It will be interesting to find out what Olivia will approach Dustin about. More than likely, she will want to know what his intentions are with Lulu or may will fill him in on Lulu’s relationship with Dante. We’ll give you updates as GH news comes in. Stick with the ABC soap, and don’t forget to check Soap Opera Spy often for the latest General Hospital spoilers, updates, and news.

The Bold and The Beautiful Spoilers: Hope Onto Thomas -She Sees Through Lies And Manipulation?