The Bold and The Beautiful Spoilers: Hope Onto Thomas -She Sees Through Lies And Manipulation? 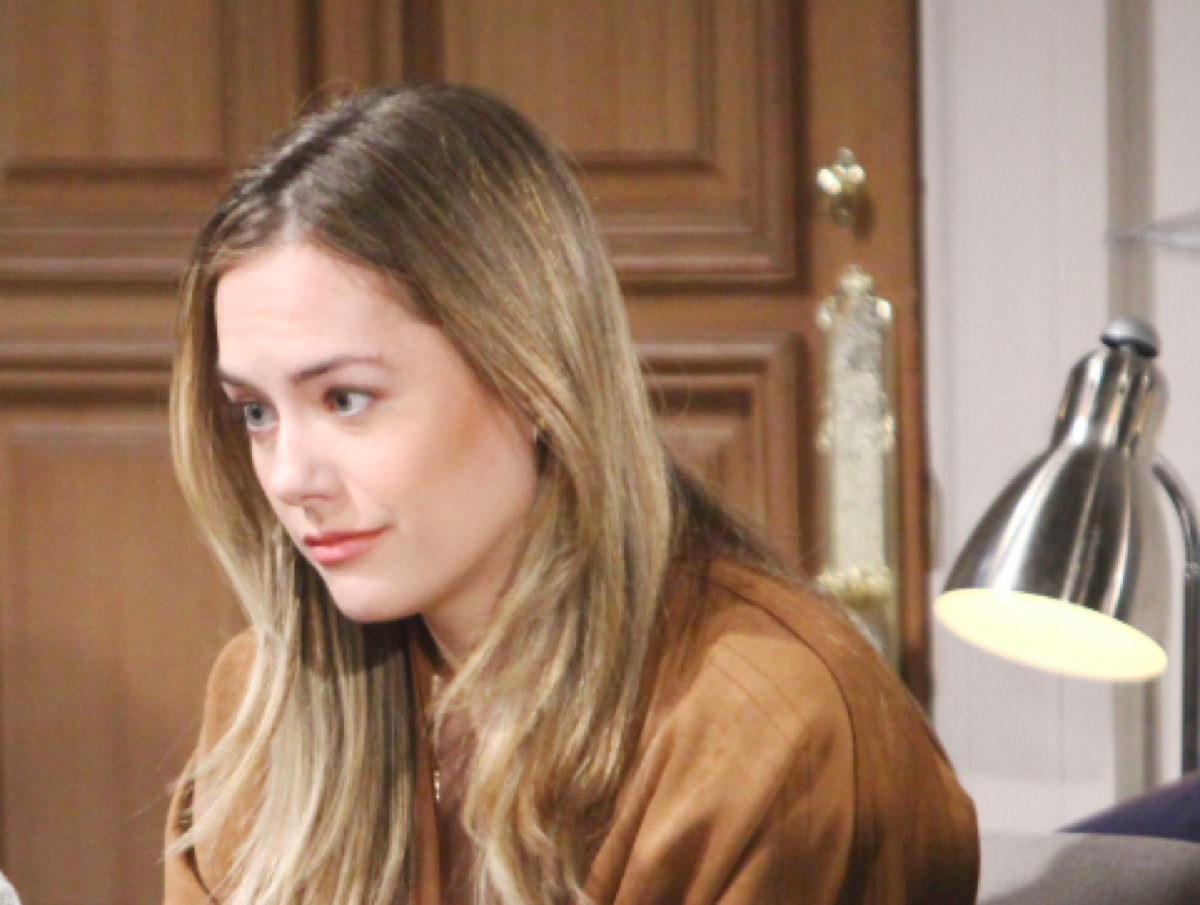 The Bold and the Beautiful (B&B) spoilers tease at making Hope Logan (Annika Noelle) catching on to Thomas Forrester’s (Matthew Atkinson) plans. Hope has been trying to be understanding when it comes to the way that Thomas has been approaching Douglas Forrester (Henry Joseph Samiri). However, it seems that Hope is starting to become more irritated with Thomas’s manipulative ways.

The Bold And The Beautiful- Hope Is Upset With Thomas

Thomas has been targeting Hope through Douglas from the beginning, but now he is using Douglas’s emotions against him. Hope has begun to see through Thomas’s façade and is now ready to admit that Thomas is still trying to get her to be with him.

When Thomas first started dating Zoe Buckingham (Kiara Barnes), Hope wanted to believe that he moved on. However, the way that “comforted” Douglas was seen as unacceptable to Hope as she thought that Douglas should be reassured instead of being told that things would be changing. She understood that Douglas has been through a lot of changes recently, and more changes would just make him more scared.

The Bold And The Beautiful- Hope Confronts The Couple

In the episode that aired on the 24th of February, she confronts Thomas about the way that should be approaching Douglas. However, she would soon find that her words were falling on deaf ears as Thomas would just go one step further. While Douglas was sleeping, Thomas invited Zoe up to his room and proceed to have an intimate moment with her as he intentionally made lots of noise in the process. This would not have bothered Hope if not for the fact that Thomas purposefully chooses the room right next to Douglas’s room. If Douglas had not been sleeping, he would have heard everything.

Bold and the Beautiful Spoilers: Vinny Turns On Thomas, Exposes His Evil Plan?https://t.co/i2lcP7i8gQ

Hope had enough and called Thomas out for his reckless behavior and his true intentions. She proceeded to ask Zoe why she would want to marry Thomas when he is clearly still focused on trying to win the attention of Hope. Zoe did not take this well as she believes that Thomas had moved on and that he loves her and not Hope. However, Hope is sure by this point that Thomas is doing this in order to try and get her back.

With this knowledge, Hope can try to figure out a way to counter Thomas’s actions against Douglas. What do you think? Has Hope finally realized the truth? We’ll give you updates as other B&B news comes in. Stay tuned to the CBS soap, and don’t forget to check SOS often for the latest Bold and the Beautiful spoilers, updates, and news.

Days of Our Lives Spoilers: Will Dr. Rolf Be Willing And Able To Help Steve And Hope Free Themselves