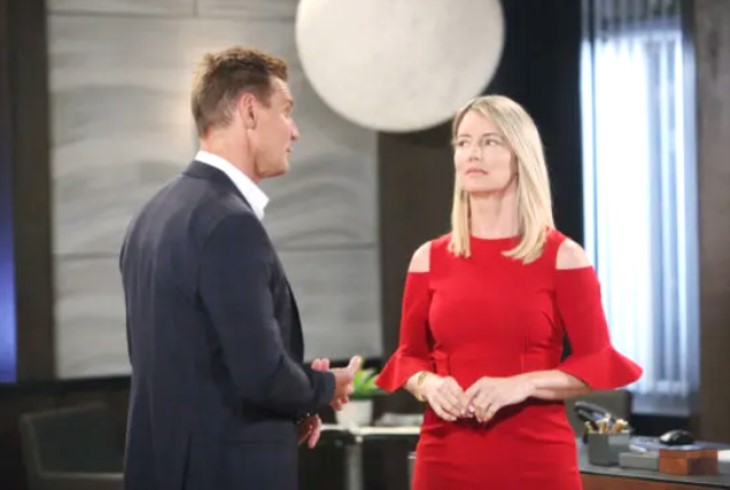 General Hospital (GH) spoilers tease that Nina Reeves (Cynthia Watros) and Nelle Benson (Chloe Lanier) have begun bonding recently. Now that Nelle is working for Nina at Crimson, Nelle has been confiding in Nina. And once the two of them discover that they are really mother and daughter, look for them to grow closer as the days go by. But how will that impact Nina’s relationship with Jasper “Jax” Jacks (Ingo Rademacher)?

Jax has remained close with Carly Corinthos (Laura Wright), who is the mother of their daughter, Josslyn Jacks (Eden McCoy). Nelle’s vendetta against Carly is the whole reason she went after Michael Corinthos (Chad Duell) in the first place. Nelle had Michael’s baby, Wiley Corinthos (Erik and Theo Olsen) but with the help of Brad Cooper (Parry Shen) kept the child away from his father for the first year and a half of the young boy’s life.

Nelle has done a lot of damage to Carly and her family and Jax won’t want Nelle to hurt anyone else. Nina originally hired Nelle in order to get information that could hurt Nelle in court, but the two of them seem to be bonding. If Nina falls under Nelle’s spell, it’s quite likely that she will shift sides at some point, and be squarely in Nelle’s corner. And if Nina discovers that she is Nelle’s mother, she will definitely do whatever she can to help Nelle.

Jax and Nina haven’t been dating all that long. But if Nina suddenly switches sides and supports Nelle in the custody hearing for Wiley, it will definitely cause trouble for Nina and Jax. Jax already feels responsible for bringing Nelle into Carly’s life.

He paid her father, Frank Benson (James Patrick Stuart) for Nelle’s kidney, which ultimately saved Josslyn’s life. But Jax has seen firsthand the chaos that Nelle has created for Carly and her family, and won’t be able to support Nina if she takes Nelle’s side. This could very well lead to Nina and Jax breaking up for good.

Will Nelle come between Jax and Nina? Will Nina switch sides and support Nelle? Only time will tell, so stay tuned to General Hospital airing weekdays on ABC. And don’t forget to check back here regularly for all your General Hospital news, information and spoilers!