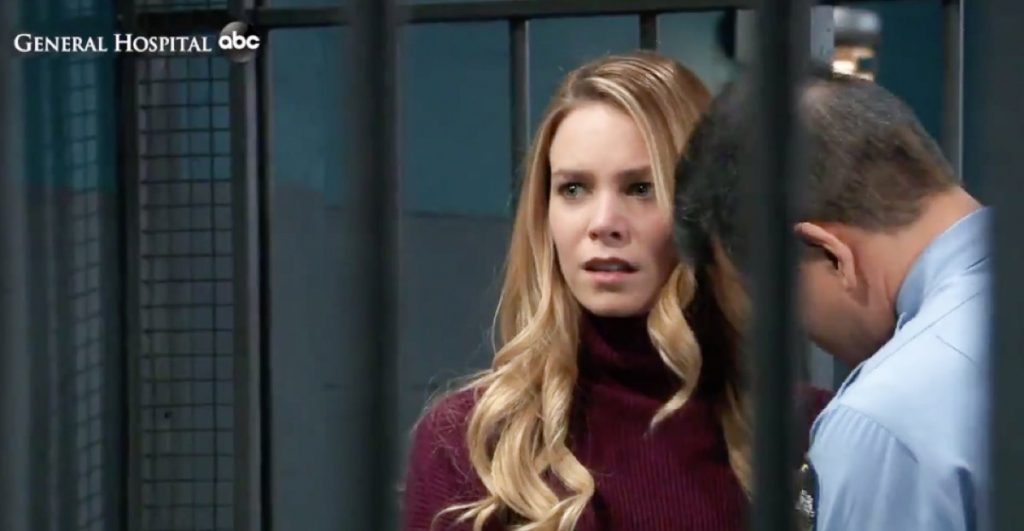 General Hospital spoilers tease that Brad Cooper (Parry Shen) is going to be left devastated after Nelle Benson (Chloe Lanier) decides to throw him under the bus. But it’s not like we would expect anything from this wicked and sinister woman, right? Read on for all of the latest spoilers.

Speaking to Soaps in Depth in a new interview, actor Parry Shen, who plays Brad Cooper on the hit ABC soap, knows that the worst is yet to come. In fact, he tells the publication that Brad’s woes will soon worsen because Nelle, who is also in jail with him, puts on a grand show that she is terrified of him. If that weren’t enough, Nelle also tells a whopper of a lie that Brad stole Baby Jonah from her while she was unconscious after giving birth. Clearly, she thought this one through.

Parry puts it this way, “Nelle turning on him in such grand fashion is not something Brad considered and takes him by surprise. He’s never really taken the full brunt of Nelle’s wrath and cunning before, so he’s very much taken aback and realizes he’s completely out of his league when it comes to this next level of deception. Brad knows that he has no leg to stand on, and is in full panic mode realizing that he might be taking the full blame.”

With that said, General Hospital spoilers also say that Julian Jerome (William DeVry) decides to pay his disgraced son-in-law in jail. He wants to make sure that Brad is going to keep his mouth shut, but instead he’s surprised to see that Brad is in mental and emotional disarray. He’s worried at whatever consequences that he will have to suffer because of Nelle’s story.

Julian tries to make the most of this situation, knowing that the two of them need each other during this very desperate time. Of course, General Hospital fans will have to tune in to find out what happens next. Check your local listings for times.

In the meantime, don’t forget to come back right here for all of the latest news, updates and spoilers on all of your favorite daytime television shows!

The Young and The Restless Spoilers: Victoria On The Brink Of Death, Will She Survive?