The Young and The Restless Spoilers: Victoria On The Brink Of Death, Will She Survive? 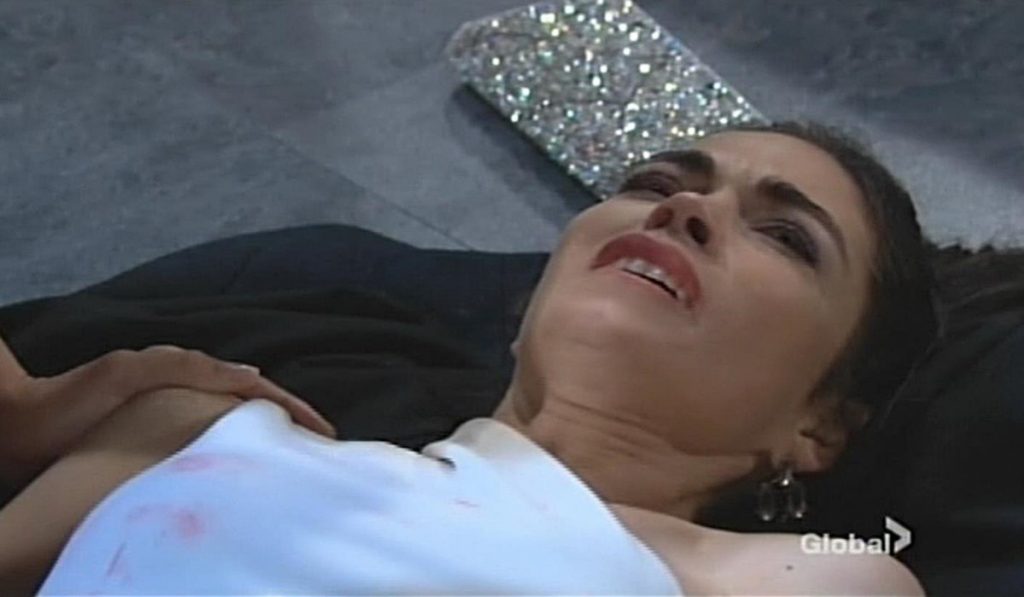 The Young and the Restless spoilers are full of bad vibes about a certain femme Fatale being in a rather fatal predicament. Is it true, is Victoria (Amelia Heinle) leaving the show?

It seems like just yesterday that Victoria was crowing to a room full of people how she, not any of the other Newman kids, is her father Victor’s (Eric Braeden) heir apparent. You know what they say, pride goeth before a fall, and at this point in time, Victoria’s had a huge fall, one she may not recover from. Should she have kept her braggadocio to a minimum during the 50th-anniversary gala?

No matter what Victoria thinks of herself, she wasn’t to blame for the horrible fate that befell her minutes later! 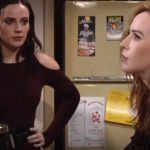 This week Victoria is on the brink of death, and it doesn’t look good as she needs to be placed in a medically induced coma.

Apparently, the biggest mistake she made at the party was wearing a gown similar to the one that Amanda (Mishael Morgan) wore, making her a target for Ripley (Christian Keyes), Amanda’s sadistic ex.

Ripley was stalking Amanda at the bash when he saw her and Billy (Jason Thompson) in what looked like a close moment. In fact, she was trying to get them drunk to exit stage left! Ripley has no idea that Amanda leaves and Victoria takes her place, both women in white gowns.

Proving that he’s not a changed man at all, Ripley wastes no time waltzing over and stabbing Victoria, thinking she’s Amanda. Luckily Billy is there and catches his ex when she crumples.

Before anyone really knows what is happening, Billy is threatened with arrest and later Victor goes all out blaming him for what’s happened to his daughter.

Once she’s at the hospital the medical team join forces to figure out what damage has been done to the heir apparent. The news isn’t good–Victoria has incurred severe injuries and her liver and lung need immediate surgery if she is to survive.

The Young and the Restless spoilers — Could it be that this is the end for Victoria Newman, is she leaving Y&R?

It doesn’t look good for the sassy brunette, that’s for sure. Here’s what we do know: whatever happens to her in the coming days, her loved ones rally around her. This includes a visit from her son Reed (Tristan Lake Leabu), who is scheduled to appear on March 2, 2020.

Will his visit be a farewell visit or one in which he eagerly greets his recovered mom? Be sure to tune in and find out!