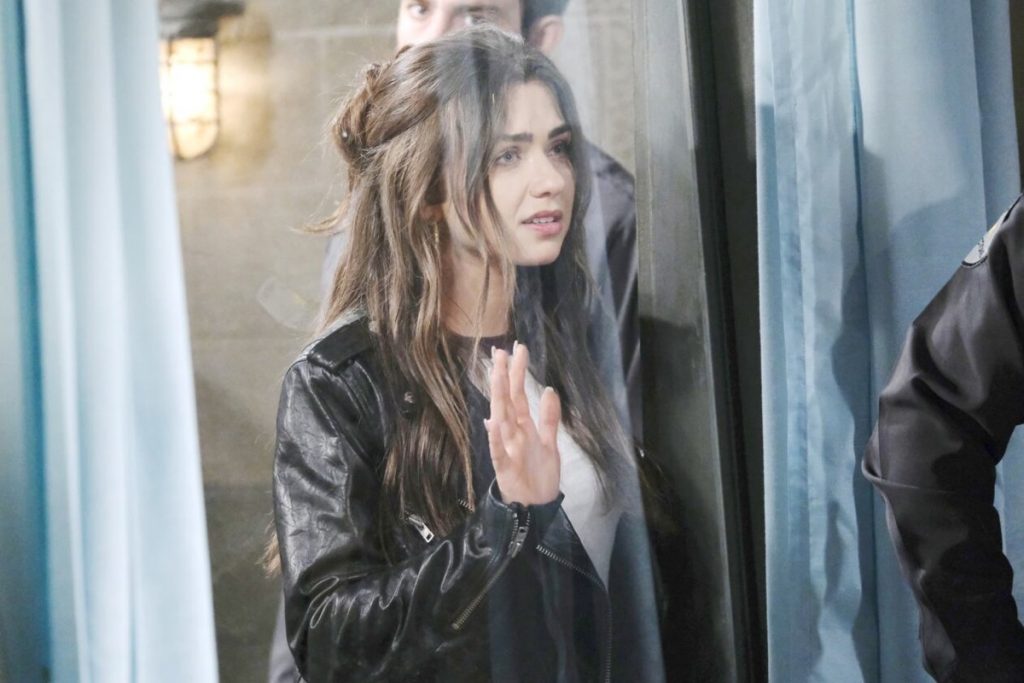 Maggie Kiriakis, (Suzanne Rogers) after having been triggered by Will Horton’s (Chandler Massey) asking her what she remembered about the night of the accident that took Adrienne Kiriakis’ (Judi Evans) life, starts to have flashbacks! She wrestles with unsettling memories of the night and confronts Xander Kiriakis (Paul Telfer) and Victor Kiriakis (John Aniston) about her memories. Finally, she remembers everything and makes heartfelt confessions to Sonny Kiriakis (Freddie Smith) and Justin Kiriakis (Wally Kurth). As a result, Will is released from prison and surprises Sonny when he comes home!

Ben Weston (Robert Scott Wilson) is not quite so lucky as his former cellmate Will when he and Ciara Brady (Victoria Konefal) are separated again as he is escorted back to prison to await his execution at the end of the week. Ben will prepare for his execution and say goodbye to his father, Clyde Weston (James Read) but at the last minute, Ciara will receive key information about Jordan Ridgeway’s (Chrishell Stause) possible killer, as Police Commissioner Rafe Hernandez (Galen Gering) confronts Evan Frears, (Brock Kelly) his live-in “manny” about his deceit when he finds out he threw away the background check Rafe had done on him – perhaps the two situations are related?

SUBSCRIBE NOW: Get Days Of Our Lives spoilers, news, and recaps in your email!

Meanwhile, Rafe’s little sister, Gabi Hernandez DiMera (Camila Banus) has a terrible week other than one bright spot when she takes advantage of a revelation to try and gain her freedom. Eric Brady (Greg Vaughan) and Sarah Horton (Linsey Godfrey) find out that Gabi is a donor match for their baby, Mackenzie “Mickey” Horton (Josephine and Rosalind May) and they come to the police station to ask Gabi to donate. Gabi makes a deal that she will donate if Eric can convince District Attorney James Giddens (Terrell Tilford) to drop the charges in exchange for her donating the bone marrow.

Eric thinks he can make a case to him considering the extenuating circumstances but it’s no dice! Eric and Sarah are faced with a difficult decision as Gabi makes a last-ditch effort to avoid prison; perhaps Eric tries again only suggesting house arrest with an ankle monitor! It’s not perfect but at least Gabi can be with Arianna Horton (Sydney Brower). Something apparently works out because Gabi is back in the DiMera mansion before the end of the week, with Chad DiMera (Billy Flynn) gloating over having convinced the board to fire her, probably because of the criminal charges! Then, if that isn’t bad enough, she’s attacked by Stefano DiMera (Stephen Nichols)!

Days of Our Lives Spoilers: Victor Pressures Will Not To Expose Maggie – Victor and Xander Confronted https://t.co/MHpmTCvPcP pic.twitter.com/3ntJaf6jkw

Eli Grant’s (Lamon Archey) mother and grandmother, Valerie Grant (Vanessa A. Williams) and Julie Williams (Susan Seaforth Hayes) urge Eli to work things out with Lani Price (Sal Stowers) now that everything is out in the open and Gabi has been exposed for the “mendacious little bitch”, as Julie so eloquently put it, she is! As a result, Eli goes to work things out with Lani, who has been waiting so long for this to happen, and the couple reunites! They will likely vow to never let anything – or anyone – ever separate the two of them again!

Justin is taken aback to find “Steve Johnson” aka Stefano DiMera on his doorstep, offering a deal. He knows that “Steveano” is really Stefano, thanks to Rafe, who told him when the two teamed up to try and find a missing Kayla Brady (Mary Beth Evans). Stefano confirms he has Kayla and offers to return to her Justin – in exchange for Marlena Evans (Deidre Hall)! Justin will have to do some real fast-thinking before deciding on that offer – he wants Kayla but doesn’t want to endanger Marlena! It may be Hattie Adams (Deidre Hall) to the rescue again, but can she fool Stefano a second time? Alas, Dr. Wilhelm Rolf (William Utay), you have trained her too well to impersonate Marlena!

That’s all for this week’s Five Key Takeaways from Days of Our Lives. Keep watching the show, and keep checking Days of Our Lives spoilers frequently for all the latest news, updates and developments!